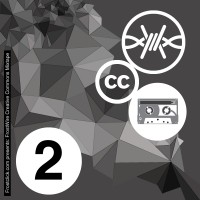 With all the negative talk about BitTorrent, fueled by the billion dollar entertainment industries, it’s refreshing to see that many of the people who actually create the music are using it to further their careers.

Tens of thousands of musicians, from those just starting out to those already established, use BitTorrent to give away their music for free.

One of the BitTorrent clients that helps these artists to get noticed is FrostWire. In 2008, the client introduced its FrostClick service through which it promotes independent artists, and not without success.

With help from FrostWire, independent musicians reach a bigger audience than many of the artists signed by major labels. In the last year alone, 2.4 million people downloaded the albums promoted by FrostWire, and according to the artists who were featured, it pays off.

“FrostWire jumpstarted my music career by giving away my album for free to over 130,000 people,” says female rapper Kellee Maize in a comment. “Paying for that type of exposure would have cost me over $50,000 on other outlets such as taking out Facebook ads or Google Adsense.”

Some of the critics of ‘free’ music say that it doesn’t convert to any sales at all, but Maize disagrees. The rapper says that thanks to releasing her music under a Creative Commons license through FrostWire, she’s now earning some decent money.

“I’ve been able to sell more albums on iTunes with this exposure and earn a sustainable income off of MP3 sales even though my music is part of Creative Commons,” says Maize.

She’s not alone either. Other artists that were promoted by FrostWire also praise the promotional success it gave them.

“We were truly delighted by the number of downloads we received after our EP was featured on FrostWire. It’s the most effective way we’ve found so far of getting the music out there,” says John from Azoora Feat. Graciellita.

This view is shared by Ryan Egan from The Ugly Club. “I never anticipated the kind of feedback we’ve received from music fans all over the world and it was a great decision to leave our record in the hands of the great people at FrostClick,” Egan says.

To celebrate 2.4 million downloads in 2011, FrostWire has released a compilation album as they also did in 2009. The A Side of the new album features 18 artists who’ve been promoted in the FrostWire client, and Side B is a hand-picked selection of 12 of the best artists who were featured on the FrostClick website.

All all the tracks are completely free to download and share. We’ve embedded Side A of FrostWire Creative Commons Mixtape below, and Side B is available here. For those who want more, here’s another 2.5 gigabyte compilation of some of the best Creative Commons music of 2011.