A few days ago, media giant Bell Media requested an injunction against two “John Doe” operators of sports streaming services that are expected to broadcast the FIFA World Cup. The operators are only identified by the IP addresses through which they publish these streams.

Bell’s TSN4 network has the right to the FIFA broadcasts and with this lawsuit, the company wants to take preemptive action.

The services of the John Doe defendants previously streamed Major League Soccer games without permission. And since they rebroadcast the plaintiffs’ stations, it is likely that they will also stream the World Cup to their visitors.

“The Defendants are operators of Unauthorized Streaming Servers providing unauthorized access in Canada to Plaintiffs’ Stations that will broadcast FIFA World Cup Live Matches for the FIFA World Cup Qatar 2022,” the plaintiffs write.

The pirated streams appeared on various public sports piracy sites including bingsport.xyz and papahd.club, and through link aggregator sites such as soccerstreamlinks.com, redditsoccerstream.org, and soccerstream.net. 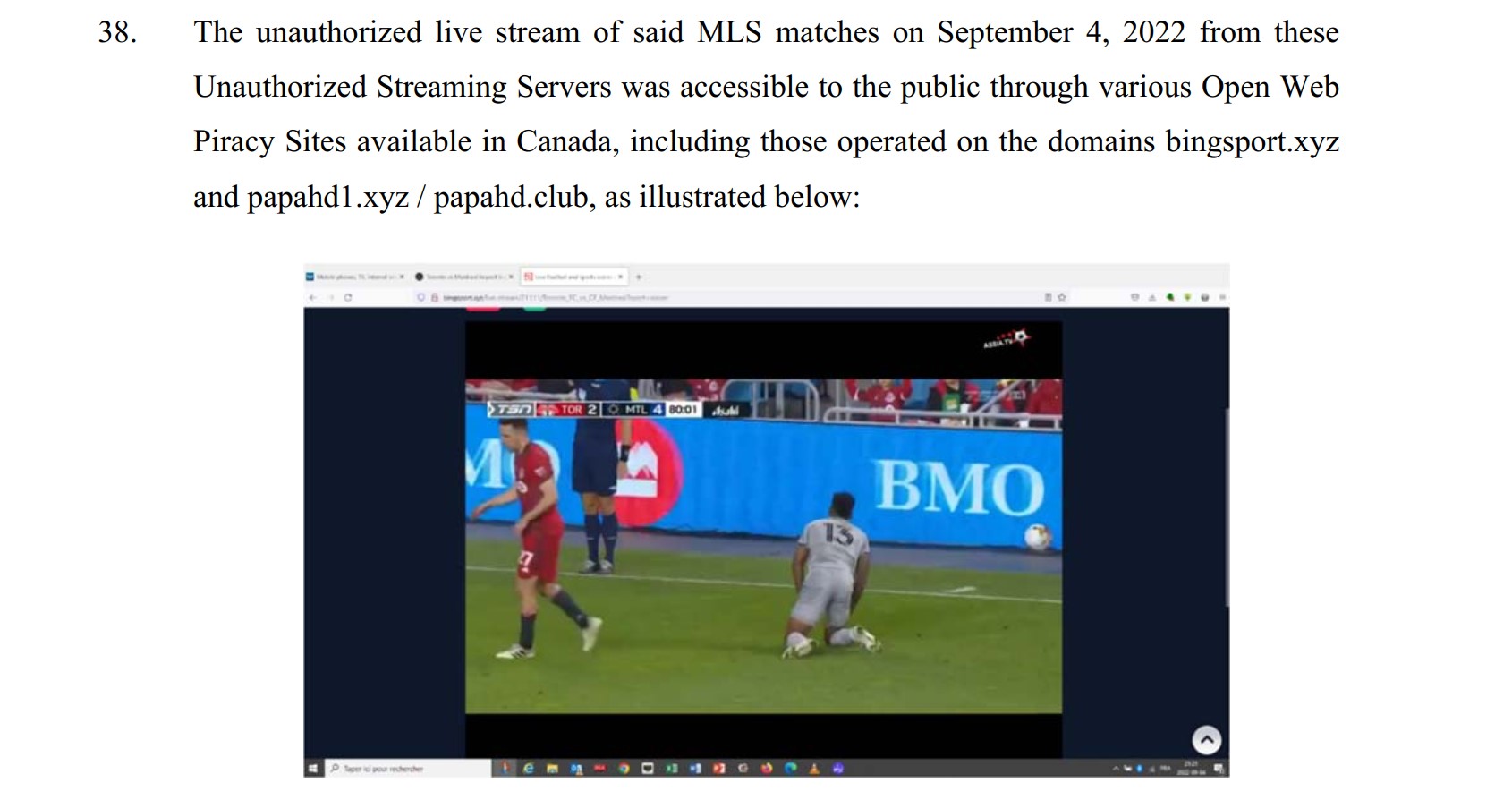 Defendant number two has servers that are physically located in Belize and hosted by a company from the same country. These streams are available through sportsway.me and various linking aggregators, including redditsoccerstreams.org and reddit1.soccerstreams.net.

In addition to Bell Media, the list of plaintiffs includes The Sports Network, CTV Specialty Television, and Réseau des sports. Together, the media companies ask the Federal Court in Montreal for damages and an injunction to stop the infringing activity.

Whether this injunction, if granted, will be sufficient to deter pirates is questionable. Then again, if the John Does don’t respond in court, this might very well be the setup for a new site blocking request from rightsholders.

Previous blocking injunctions in Canada were also issued as part of lawsuits against operators, which is a similar setup to the one here.

TekSavvy’s appeals stranded earlier this year after the Supreme Court declined to hear the case. This was a major setback according to vice-president of regulatory affairs, Andy Kaplan-Myrth, who prophetically said it would lead to more blocking requests from major media companies.

“Now armed with GoldTV-style orders, […] what’s to stop Canada’s media giants from having courts force ever more ISPs to block ever more copyrighted content? Nothing; expect it to happen,” Kaplan-Myrth said at the time.

Indeed, the first new blocking order was issued shortly after. Following a complaint from several rightsholders, Canada’s Federal Court handed down a ‘dynamic’ blocking order in June. That injunction aims to prevent live NHL games from being viewed via pirate IPTV services.

With this recent push to deter FIFA World Cup piracy, another site blocking order is now in the making.

A copy of the statement of claim, filed by Bell, The Sports Network, CTV Specialty Television, and Réseau des sports, is available here (pdf)