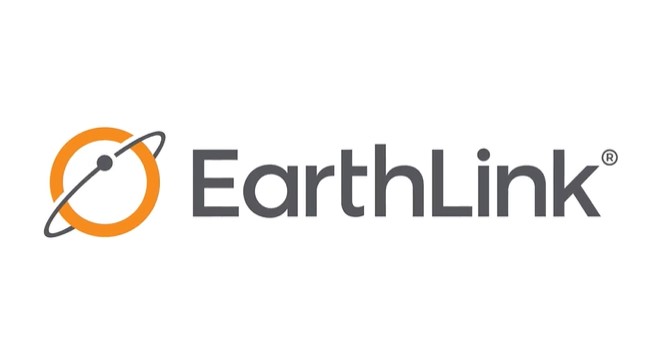 A group of litigious filmmakers, headed by Voltage Pictures, is pulling out all the stops to hold Internet providers liable for pirating customers.

The movie companies own the rights to well-known movies such as “Ava”, “I Feel Pretty” and “The Cobbler”, which are publicly shared via BitTorrent. The lawsuits aim to deter this activity.

This month, the filmmakers went after AT&T, Comcast, and Verizon, accusing the companies of turning a blind eye to piracy. These cases were dismissed ‘without prejudice’ last week for unknown reasons but can be refiled at a later stage.

While these major cases were in the spotlight, a lawsuit against the smaller ISP Earthlink went largely unnoticed. This case was filed in June by many of the same filmmakers who accuse the provider of failing to act against repeat infringers.

The legal paperwork includes many of the same allegations. The rightsholders sent numerous piracy notices to the ISP, which allegedly failed to take action against repeat infringers to keep its revenues intact.

“Defendant knew that if it terminated or otherwise prevented repeat infringer subscribers from using it service to infringe, or made it less attractive for such use, Defendant would enroll fewer new subscribers, lose existing subscribers, and ultimately lose revenue,” the complaint reads.

The lawsuit didn’t come totally out of the blue for Earthlink. In 2020, the filmmakers already reached out to the Internet provider, complaining about widespread copyright infringement. They offered a deal to settle the matter out of court instead.

The letter in question identified the IP addresses of more than 1,100 alleged infringers, including many repeat infringers. In some cases, more than 100 notices were sent for a single IP address, without any meaningful response from Earthlink.

The filmmakers concluded that the ISP is liable for these infringements which could result in millions of dollars in damages. However, they offered Earthlink the option to avoid a lawsuit, as long as it agreed to the following terms.

– Immediately terminate accounts that received more than six piracy warnings
– Take appropriate action against repeat infringers in the future.
– Pay a portion of the alleged piracy damages
– Hand over the subscriber details of alleged pirates

Earthlink never responded to this letter which prompted the filmmakers to take the matter to court. In a complaint filed at a federal court in Georgia in June, many of the previous demands reappeared.

The complaint requests an order that mandates a three-strikes termination policy for alleged pirates, for example. In addition, Earthlink should block access to known pirate sites and disclose the identities of pirating subscribers.

Paired with millions of dollars in potential damages, the stakes are obviously high. This was also apparent to Earthlink, which joined the negotiation table this time around.

Last week, both parties informed the court that a “tentative” settlement has been reached.

No details on the settlement negotiations have been released and it’s unknown whether there are any damages payments involved. It is clear, however, that the lawsuit will be dismissed if all details are finalized. 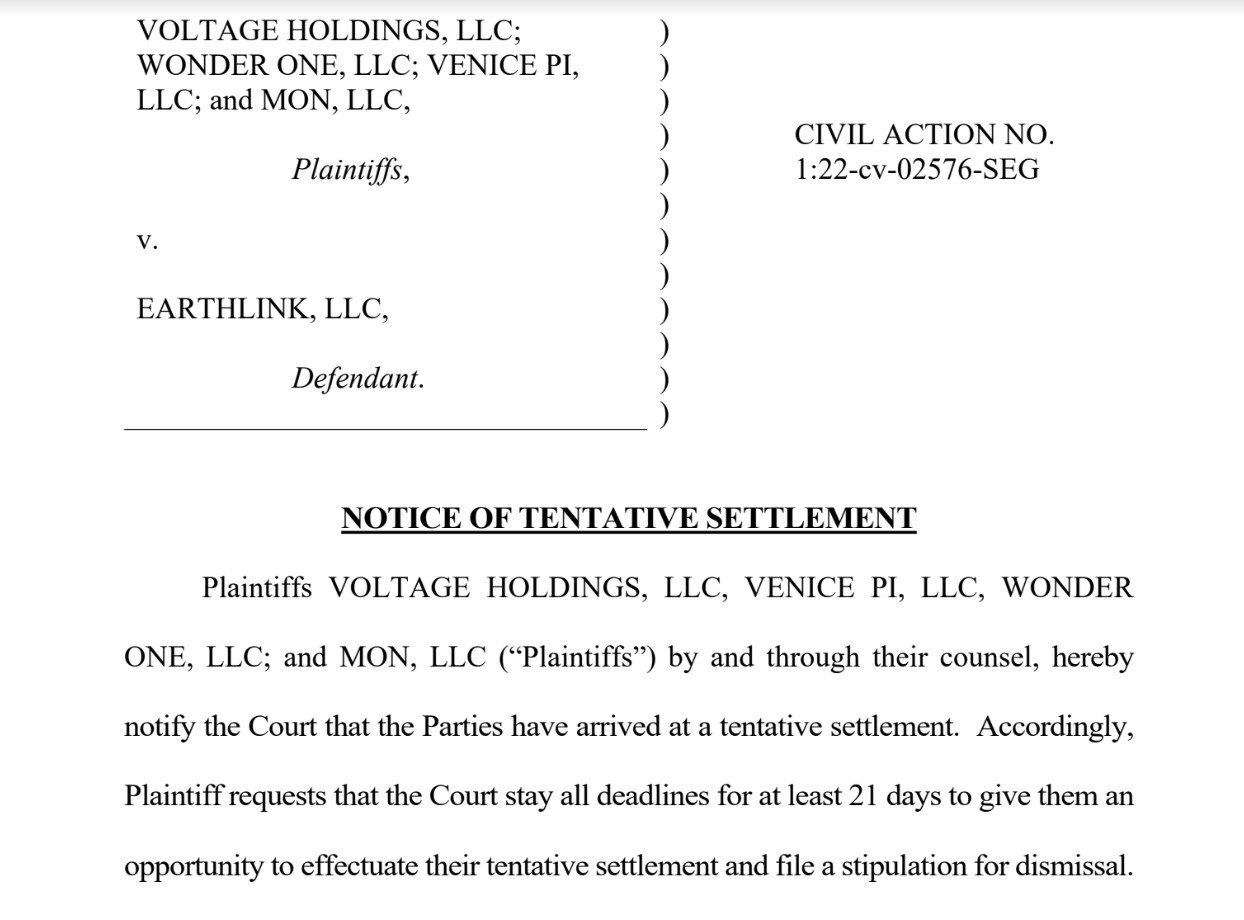 In closing, it’s worth noting that the developments in the Earthlink case are different from the AT&T, Comcast, and Verizon lawsuit. The latter were dismissed without prejudice, without any mention of a settlement.

Whether the filmmakers have any other ISPs in their crosshairs is unknown, but that certainly wouldn’t be a surprise.