No, Netflix Hasn’t Won The War on Piracy

Recently a hacker group, or hacker, going by the name TheDarkOverlord (TDO) published the premiere episode of the fifth season of Netflix’s Orange is The New Black, followed by nine more episodes a few hours later.

TDO obtained the videos from Larson Studios, which didn’t pay the 50 bitcoin ransom TDO had requested. The hackers then briefly turned their attention to Netflix, before releasing the shows online.

In the aftermath, a flurry of articles claimed that Netflix’s refusal to pay means that it is winning the war on piracy. Torrents are irrelevant or no longer a real threat and piracy is pointless, they concluded.

One of the main reasons cited is a decline in torrent traffic over the years, as reported by the network equipment company Sandvine. 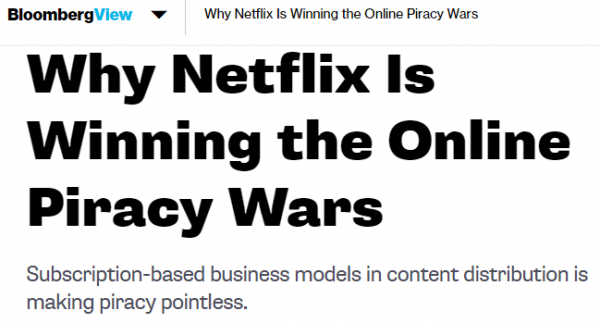 Even Wired, a reputable technology news site, jumped on the bandwagon.

“It’s not that torrenting is so onerous. But compared to legitimate streaming, the process of downloading a torrenting client, finding a legit file, waiting for it to download, and watching it on a laptop (or mirroring it to a television) hardly seems worth it,” the articles states.

These and many similar articles suggest that Netflix’s ease of use is superior to piracy. Netflix is winning the war on piracy, which is pretty much reduced to a fringe activity carried out by old school data hoarders, they claimed.

But is that really the case?

I wholeheartedly agree that Netflix is a great alternative to piracy, and admit that torrents are not as dominant as they were before. But, everybody who thinks that piracy is limited to torrents, need to educate themselves properly.

Piracy has evolved quite a bit over the past several years and streaming is now the main source to satisfy people’s ‘illegal’ viewing demands.

Whether it’s through pirate streaming sites, mobile apps or dedicated media players hooked to TVs; it’s not hard to argue that piracy is easier and more convenient than it has even been in the past. And arguably, more popular too.

The statistics are dazzling. According to piracy monitoring outfit MUSO there are half a billion visits to video pirate sites every day. Roughly 60% of these are to streaming sites.

While there has been a small decline in streaming visits over the past year, MUSO’s data doesn’t cover the explosion of media player piracy, which means that there is likely a significant increase in piracy overall.

TorrentFreak contacted the aforementioned network equipment company Sandvine, which said that we’re “on to something.”

Unfortunately, they currently have no data to quantify the amount of pirate streaming activity. This is, in part, because many of these streams are hosted by legitimate companies such as Google.

Torrents may not be dominant anymore, but with hundreds of millions of visits to streaming pirate sites per day, and many more via media players and other apps, piracy is still very much alive. Just ask the Motion Picture Association.

I would even argue that piracy is more of a threat to Netflix than it has ever been before.

To illustrate, here is a screenshot from one of the most visited streaming piracy sites online. The site in question receives millions of views per day and featured two Netflix shows, “13 Reasons Why” and the leaked “Orange is The New Black,” in its daily “most viewed” section recently.

Netflix shows among the “most viewed” pirate streams 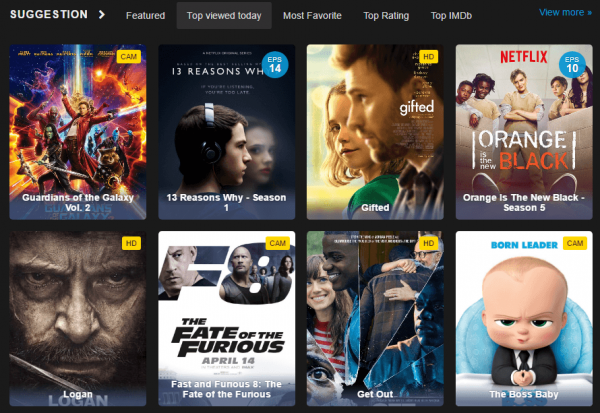 If you look at a random streaming site, you’ll see that they offer an overview of thousands of popular movies and TV-shows, far more than Netflix. Pirate streaming sites have more content than Netflix, often in high quality, and it doesn’t cost a penny.

Throw in the explosive growth of piracy-capable media players that can bring this content directly to the TV-screen, and you’ll start to realize the magnitude of this threat.

In a way, the boost in streaming piracy is a bigger threat to Netflix than the traditional Hollywood studios. Hollywood still has its exclusive release windows and a superior viewing experience at the box office. All Netflix content is instantly pirated, or already available long before they add it to their catalog.

Sure, pirate sites might not appeal to the average middle-class news columnist who’s been subscribed to Netflix for years, but for tens of millions of less fortunate people, who can do without another monthly charge on their household bill, it’s an easy choice.

Not the right choice, legally speaking, but that doesn’t seem to bother them much.

That’s illustrated by tens of thousands of people from all over the world commenting with their public Facebook accounts, on movies and TV-shows that were obviously pirated.

Pirate comments on a streaming site 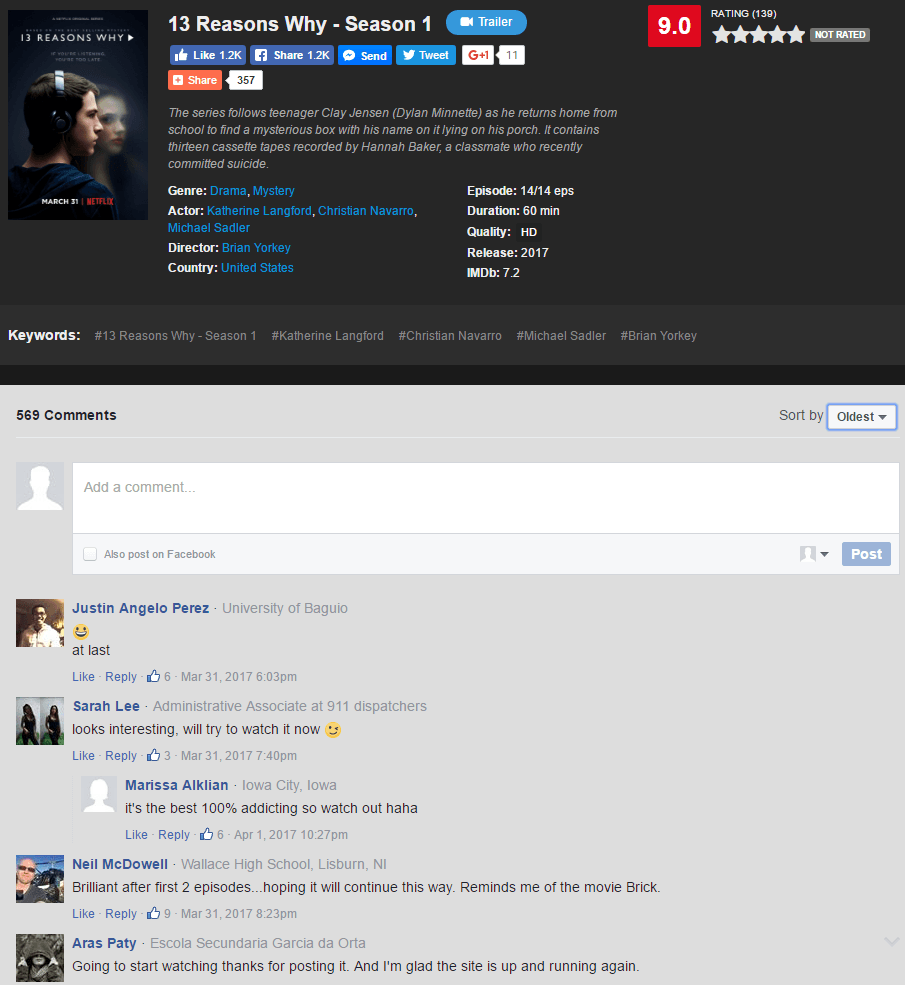 Of course, if piracy disappeared overnight then only a fraction of these pirates would pay for a Netflix subscription, but saying that piracy is irrelevant for the streaming giant may be a bit much.

Netflix itself is all too aware of this it seems. The company has launched its own “Global Copyright Protection Group,” an anti-piracy division that’s on par with those of many major Hollywood studios.

Netflix isn’t winning the war on piracy; it just got started….