When a Big Torrent Site Dies, Some Hope it Will Be Right Back 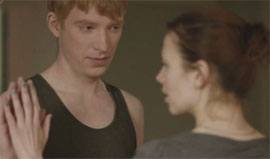 For a niche that has had millions of words written about it over the past 18 years or so, most big piracy stories have had the emotions of people at their core.

When The Pirate Bay was taken down by the police eleven years ago it was global news, but the real story was the sense of disbelief and loss felt by millions of former users. Outsiders may dismiss these feelings, but they are very common and very real.

Of course, those negative emotions soon turned to glee when the site returned days later, but full-on, genuine resurrections are something that few big sites have been able to pull off since. What we have instead today is the sudden disappearance of iconic sites and a scrambling by third-party opportunists to fill in the gaps with look-a-like platforms.

The phenomenon has affected many big sites, from The Pirate Bay itself through to KickassTorrents, YTS/YIFY, and more recently, ExtraTorrent. When sites disappear, it’s natural for former users to look for replacements. And when those replacements look just like the real deal there’s a certain amount of comfort to be had. For many users, these sites provide the perfect antidote to their feelings of loss.

That being said, the clone site phenomenon has seriously got out of hand. Pioneered by players in the streaming site scene, fake torrent sites can now be found in abundance wherever there is a brand worth copying. ExtraTorrent operator SaM knew this when he closed his site last month, and he took the time to warn people away from them personally.

“Stay away from fake ExtraTorrent websites and clones,” he said.

It’s questionable how many listened.

Within days, users were flooding to fake ExtraTorrent sites, encouraged by some elements of the press. Despite having previously reported SaM’s clear warnings, some publications were still happy to report that ExtraTorrent was back, purely based on the word of the fake sites themselves. And I’ve got a bridge for sale, if you have the cash.

While misleading news reports must take some responsibility, it’s clear that when big sites go down a kind of grieving process takes place among dedicated former users, making some more likely to clutch at straws. While some simply move on, others who have grown more attached to a platform they used to call home can go into denial.

This reaction has often been seen in TF’s mailbox, when YTS/YIFY went down in particular. More recently, dozens of emails informed us that ExtraTorrent had gone, with many others asking when it was coming back. But the ones that stood out most were from people who had read SaM’s message, read TF’s article stating that ALL clones were fakes, yet still wanted to know if sites a, b and c were legitimate or not.

We approached a user on Reddit who asked similar things and been derided by other users for his apparent reluctance to accept that ExtraTorrent had gone. We didn’t find stupidity (as a few in /r/piracy had cruelly suggested) but a genuine sense of loss.

“I loved the site dude, what can I say?” he told TF. “Just kinda got used to it and hung around. Before I knew it I was logging in every day. In time it just felt like home. I miss it.”

The user hadn’t seen the articles claiming that one of the imposter ExtraTorrent sites was the real deal. He did, however, seem a bit unsettled when we told him it was a fake. But when we asked if he was going to stop using it, we received an emphatic “no”.

“Dude it looks like ET and yeah it’s not quite the same but I can get my torrents. Why does it matter what crew [runs it]?” he said.

It does matter, of course. The loss of a proper torrent site like ExtraTorrent, which had releasers and a community, can never be replaced by a custom-skinned Pirate Bay mirror. No matter how much it looks like a lost friend, it’s actually a pig in lipstick that contributes little to the ecosystem.

That being said, it’s difficult to counter the fact that some of these clones make people happy. They fill a void that other sites, for mainly cosmetic reasons, can’t fill. With this in mind, the grounds for criticism weaken a little – but not much.

For anyone who has watched the Black Mirror episode ‘Be Right Back‘, it’s clear that sudden loss can be a hard thing for humans to accept. When trying to fill the gap, what might initially seem like a good replacement is almost certainly destined to disappoint longer term, when the sub-standard copy fails to capture the heart and soul of the real deal.

It’s an issue that will occupy the piracy scene for some time to come, but interestingly, it’s also an argument that Hollywood has used against piracy itself for decades. But that’s another story.