US Wants to Criminalize Movie and Music Streaming 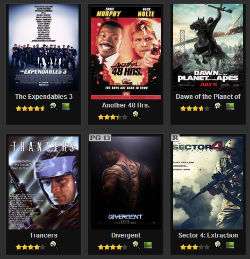 Yesterday the House Judiciary Committee held a hearing on punishments for and remedies against online copyright infringement. One of the speakers was David Bitkower, Acting Deputy Assistant Attorney General, who laid out the wishes of the Obama administration.

After praising previous successes, such as the shutdown of Megaupload and the prosecution of several IMAGiNE members, Bitkower explained the evolving challenges copyright holders are dealing with.

From illegal piano rolls in the early 1900s to floppy disks a century later, new technologies have presented new threats, he argued. With the rise of broadband access this process has worsened and the most recent challenge is combating illegal streaming services.

“One new challenge confronting copyright owners and law enforcement authorities is the rise of Internet ‘streaming’ as the dominant means of disseminating many types of copyrighted content online. This activity also derives from advances in technology: in this case, the growth in availability of high-speed Internet to the average consumer,” Bitkower said.

The problem for the Department of Justice and copyright holders is that these services are harder to prosecute. Technically, streaming doesn’t count as distribution but as a public performance, which can only be charged as a misdemeanor.

The administration tried to remedy this in 2012, by implementing the SOPA and PIPA bills, but these were shelved after public outrage. Many people feared that uploading copyrighted YouTube videos could possibly land them in jail and took their concerns to the streets.

However, fast forward a few years and the same plan is back on the table.

“The Administration recommends that Congress amend the law to create a felony penalty for unauthorized Internet streaming. Specifically, we recommend the creation of legislation to establish a felony charge for infringement through unauthorized public performances conducted for commercial advantage or private financial gain,” Bitkower explained.

“It would emphasize the seriousness of the threat that unauthorized streaming poses to legitimate copyright holders, clarify the scope of conduct deemed to be illegal in order to deter potential infringers, and provide the Department with an important tool to prosecute and deter illicit Internet streaming.”

In addition to criminalizing illicit streaming, Bitkower also called for persistent funds to support its international operations. In recent years the DoJ has educated police forces abroad to deal with copyright infringement. This apparently includes training on very basic skills, such as how to connect to the Internet in the first place.

“The program has realized numerous successes, including a Ukrainian police officer who, after receiving training, was able to use a dial-up Internet connection from his home computer to bring down the largest illegal file sharing service in his country,” Bitkower said.

The international program helped to shut down Megaupload, but could also target The Pirate Bay through tools such as “diplomatic and trade-based pressure.” Worryingly, the United States has trouble getting the facts rights, as it believes that the political Pirate Party is connected to The Pirate Bay.

“In addition to the Mega Conspiracy described above, we have seen The Pirate Bay start as a file sharing site for unauthorized copies of works in Sweden, expand to other countries, and even develop its own political party in Europe,” Bitkower noted.

Mistakes aside, it’s clear that the Obama administration hasn’t lost its focus on copyright infringement.

All recommendations are aimed at more prosecutions, more international pressure and tougher punishments for pirates. Time will tell whether they can get Congress to agree this time around.