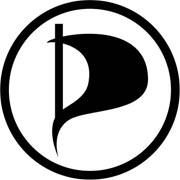 Finland’s Pirate Party (Piraattipuolue) has today condemned what it describes as an “astronomical” claim against the operator of a Direct Connect file-sharing hub. The individual faces a huge claim for damages amounting to 3.6m euros ($5.4m).

The claim, which originates from 2007, comes from Finnish anti-piracy group CIAPC (Copyright Information & Anti-Piracy Centre) and is leveled at the operator of a hub known as BAWD Rinkeli. The man, who lives in Espoo, Finland, says that he set up the server to chat with other Internet users and no copyright material ever passed through the hub.

The anti-piracy group, which is working on behalf of Teosto (a performance rights organization that collects royalties on behalf of songwriters and composers in Finland) and IFPI, is demanding huge compensation direct from the 34 year old.

“With such extreme demands the antipirates do not even intend to get any money”, the Pirate Party told Piraattiliitto: “Their only intention is to destroy the life of the accused so that he will serve as a warning example for others.”

The Pirate Party goes on to say that the anti-piracy group has not been able to provide any evidence of wrong-doing via the hub. Instead they point to the man’s large bandwidth consumption on his private broadband connection as “evidence” of infringement.

“CIAPC bases its claims solely on the bandwidth consumption of the accused. They have not been able to point out any specific infringements,” says the Party. “With such information, how can they even claim to have suffered millions in losses when the international scientific community has not been able to show any such losses even after a much more careful analysis?”

The leader of the Party, Pasi Palmulehto, says that he has personal experience of running a Direct Connect hub and notes that evidence of bandwidth consumption alone means nothing. The man’s claimed bandwidth utilization of 1 Mbit/s is easily achieved by social communications alone, says Palmulehto.

No file-sharing is carried out directly from a Direct Connect hub, which in very basic terms operate in a similar way to a torrent site, in that any file-sharing activity would be carried out from user to user. All Direct Connect hubs operate in this fashion, with users making folders and their contents available to other users for sharing. Although it is possible for a hub operator to also share files, this is denied.

“No one can claim compensation for what others have done,” the man told Finnish media.