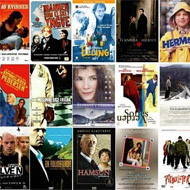 Up until last year, downloading content using BitTorrent was an activity that needed a reasonable level of technical competence. In addition to choosing the correct software and setting everything up, users needed to make themselves familiar with any number torrent indexes and platforms.

Then along came Popcorn Time and simplified the process to the point that almost anyone can now download the software and access a wide range of (mostly) infringing content within minutes. Needless to say, the various forks of the software have been a thorn in the side of the movie and TV show industry ever since.

With complaints being made against the software in most western countries, it’s now Norway’s turn to make some noise. While the country has expressed concerns about the software in the past, a report published in June by consultancy firm Mediavision is adding fuel to the fire.

According to the company, which analyzes consumer behavior within the sphere of digital media, around 750,000 Norwegians from a five million population are now obtaining video from illegal sources, up 17% on the previous year. However, it is the manner in which they are doing it that’s causing additional concern. According to the researchers, illegal consumption of streaming content has doubled in the past year. And no prizes for guessing who anti-piracy groups are blaming.

“It is unfortunately an incredibly easy way to watch movies. But one should be aware that this is a criminal offense. We are now collecting the IP addresses of Norwegian users of Popcorn Time.”

While users will be disappointed to hear that they are being tracked by a Hollywood-backed anti-piracy outfit, the big question is what Rights Alliance will choose to do with that data. The group says their hand may be forced.

“We have hoped for the longest time that we do not have to take on the end-user. But it is clear that if this does not stop, we will have no choice. Most people are now aware that they are doing something illegal, but many continue because ‘everyone else is doing it’,” Johansen says.

Also on the horizon are lawsuits against local ISPs. Rights Alliance hopes that by obtaining a blocking injunction against Popcorn Time-affiliated sites and services, the problem might be brought under control. However, things aren’t straightforward.

“It takes time in the Norwegian legal system, so there is a protracted process,” Johansen notes.

“There is nothing that can be sent to the court today. But we’re working on it together with our attorneys to look into the possibility of getting this stopped through a lawsuit against broadband providers.”

After changes in the law two years ago, these kinds of injunctions were supposed to be easy for groups like Rights Alliance to obtain, but it appears there are still significant hurdles to overcome. Not only are there very stringent requirements in order to obtain an injunction, all expenses incurred must be paid by the plaintiff.

“No independent licensees in Norway have the opportunity [to get injunctions], because they do not have the finances to do so. If we are to stop something, it must be an overall industry behind the lawsuit. It requires a very detailed presentation of evidence, says Johansen.

Interestingly, however, the group has been working on getting an injunction against another site, most probably The Pirate Bay. The results should become evident in a few weeks.

“The case we’re working on already started before Popcorn Time existed. The problem is that evidence is so extensive that the whole Popcorn Time phenomenon arose during the time we spent gathering evidence from the previous service,” the Rights Alliance chief adds.

As usual, however, the industry isn’t getting much help from ISPs including Telenor, Norway’s largest provider.

“We wish to contribute by relating to parliamentary procedure adopted in such cases,” says Telenor director Tormod Sandstø.

“So the court must make decisions in individual cases, also we will of course abide by those decisions. As an Internet provider we will not be a censorship body.”

The news that Norway may target end users is disappointing. The country has all but eliminated music piracy yet still prefers anti-piracy aggression over business model changes in the video sector.