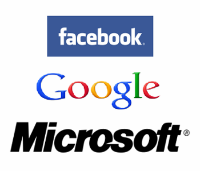 In recent months there have been several lawsuits in the U.S. in which copyright holders were granted broad injunctions, allowing them to seize domain names of alleged pirate sites.

In addition, these injunctions were sometimes directed at hosting providers, search engines and ISPs, preventing these companies from doing business with these sites.

Most recently, such a request came from the publishing company Elsevier, who sued the websites Libgen.org and Sci-Hub.org. The publisher asked for a preliminary injunction targeting several third-party services.

While the operators of the “pirate” sites have yet to respond, several tech companies have joined in to protest the request. This week the Computer & Communications Industry Association (CCIA), which includes members such as Google, Facebook and Microsoft, asked the court to limit the proposed injunction.

In its current form the proposal targets any search engine, ISP and hosting company, without naming any in particular, which isn’t allowed according to the tech companies.

According to the tech companies, neutral service providers are not “in active concert or participation” with the defendant, and should therefore be excluded from the proposed text.

The CCIA gives the example of search engines, which may link to pirate websites but can’t be seen as “aiders and abettors,” or as collaborating with these sites to violate the law.

Even if one of the third party services could be found liable, the matter should be resolved under the DMCA and not through an injunction, the CCIA claims.

“The DMCA thus puts bedrock limits on the injunctions that can be imposed on qualifying providers if they are named as defendants and are held liable as infringers. Plaintiffs here ignore that.”

“What they seek, in the posture of a preliminary injunction against nonparties, goes beyond what Congress was willing to permit, even against service providers who come before a court as defendants against whom an actual judgment of infringement has been entered. That request must be rejected.”

The New York federal court has scheduled a hearing later this month after which it will decide whether to issue the preliminary injunction or not. Thus far, Elsevier hasn’t responded to CCIA’s opposition.