With many countries now into their second month of lockdown due to the coronavirus pandemic, people all around the world now consider entertainment platforms as essential services.

This week, for example, Netflix announced that it had signed up 15.77 million new subscribers during the last three months, more than double the 7 million it previously expected. Disney’s streaming platform Disney+ has also hit the jackpot, doubling its subscriber base to 50 million since February.

As one might expect, piracy levels have gone up too. Interest in pirate sites increased in March and a global surge was evident in early April, increasing broadly in line with countries’ lockdown measures.

One of the many tools contributing to this surge is Popcorn Time. After storming the scene in 2014 and impressing with its ground-breaking Netflix-style interface, it drew an audience of millions. Since then improvements to its multiple variants have been incremental rather than ground-breaking but one Popcorn Time fork has now released Popcorn Time Kids, an app that only presents family-friendly content to the user. 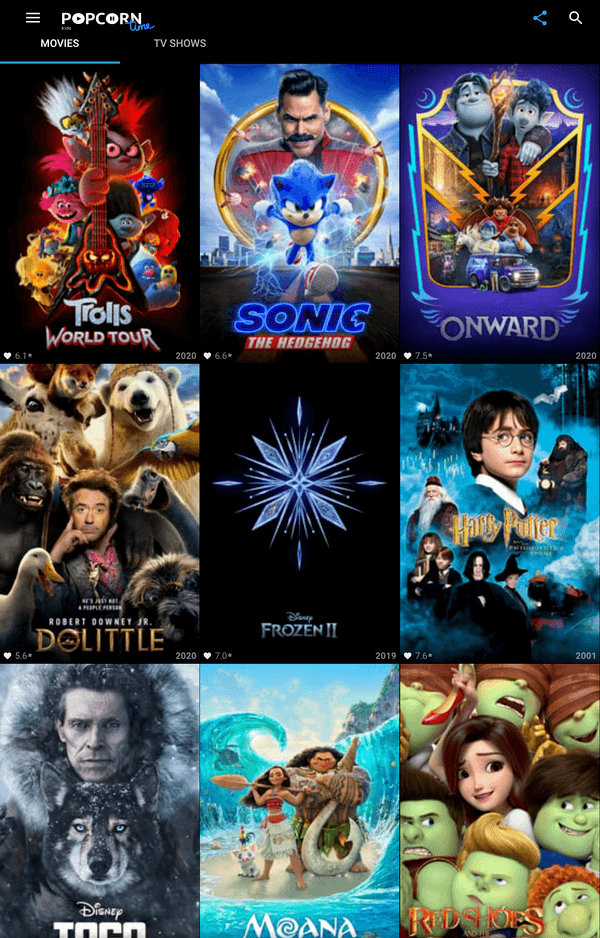 According to the team behind the app, they recently noticed a surge in demand, something they attribute to people being in quarantine.

“The amount of love and thankfulness we’ve received from our millions of users in recent weeks was overwhelming! And taking the risk of sounding corny – they really touched us. We understood suddenly how much this project meant not only to us, but to millions of people from all over the world,” a developer told TF.

“Out of all the enthusiastic responses, we received thousands(!) of emails from parents asking for something so obvious, a family-friendly version of Popcorn Time!”

The resulting Popcorn Time Kids software is essentially a version of the regular app but with filters that aim to remove all content unsuitable for the younger viewer.

“Popcorn Time Kids provides a more contained environment for kids and is designed to help parents and guardians keep their kids entertained as they spend most of their time at home. PT Kids library is filled with a variety of the best family-friendly movies and shows from the broader universe of content on Popcorn Time,” the team add.

While there have been Kodi-addons that have catered directly to a younger audience in the past, it is relatively unusual to see an app targeted directly at children. In a way, of course, the app seems designed to appeal to adults who might enjoy not having to keep worrying about the type of content their kids might be viewing.

Popcorn Time Kids will no doubt prove attractive to a certain subset of users but being BitTorrent-based, it comes with the usual caveats. While streaming copyrighted content can be illegal depending on jurisdiction, users will be uploading at the same time, an act that is illegal almost everywhere on the planet. The threat can be mitigated with a VPN but ensuring that stays on in the hands of a seven-year-old sounds like Russian roulette.

There can be little doubt that plenty of broke and perhaps now unemployed parents will find this kind of app attractive but there is no doubt that copyright holders will not. In many respects then, it’s business as usual, even in these remarkable times.