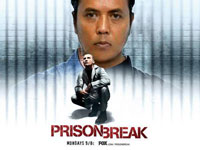 Increasingly people are using BitTorrent to download their favorite TV-shows. The rise of unauthorized downloading of TV-shows is a signal that customers want something that is not available through other channels. It’s more about availability than the fact that it’s free and should be viewed as an opportunity, not a threat.

The millions of online viewers are catching up with the TV viewers, and are now a significant part of the show’s overall fanbase. Jesse Alexander, the executive producer of the popular TV-shows “Heroes” and “Lost” told TorrentFreak in an interview that his shows actually benefited from BitTorrent, because fans don’t have to miss a show, and often inspire others to watch.

“People watching shows such as Lost and Heroes on BitTorrent is the present world reality,” Alexander told us. “TV networks have to recognize this, give their viewers more ways to interact with the shows, and find ways to generate revenue from every member of the global audience.”

This week the new TV-season has started, but our weekly TV-Show download chart is the last one of the summer season. Prison Break will appear in next week’s chart, probably on top. Last year, Prison Break was the fifth most popular TV-show on BitTorrent, after Heroes, Top Gear, Battlestar Galactica and Lost.

The data for the weekly download chart is collected by TorrentFreak from a representative sample of BitTorrent sites and is for informational and educational reference only.

TVTorrents.com Shuts Down For Good