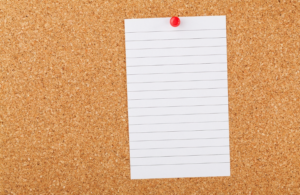 There are plenty of options for copyright holders to frustrate the operations of pirate sites, but one of the most effective is to attack their domain names.

In recent years, various entertainment industry groups have called on the domain name industry to help out on this front.

As a result, the MPA signed a landmark agreement with the Donuts registry in 2016, under which the movie industry group acts as a “trusted notifier” of “pirate” domains. A similar deal was later announced with the Radix registry.

Lesser known is the trusted notifier agreement between the RIAA and the Donuts registry. That company was acquired by the Afilias registry and both have since rebranded to “Identity Digital.”

Identity Digital is a serious player in the domain name industry. The registry oversees close to 300 TLDs, including .movie, .wtf, .rocks, and .legal. In addition, the company also owns domain name registrar Name.com.

Over the past several years, very little information has been released on the use of the “trusted notifier” system. There was an early announcement that the first two domains had been taken down by the MPA, but we haven’t seen any new statistics since.

TorrentFreak reached out to both the RIAA and MPA to get more details, but these groups prefer not to share information, with the latter referencing a non-disclosure agreement. In recent months, however, Identity Digital started to lift this veil.

A few months ago, Identity Digital published its first-ever abuse report, documenting how many of its domain names had been suspended due to unauthorized use.

As the company oversees millions of domain names, it’s no surprise that a fraction are used by bad actors. Indeed, during the third quarter of last year, 3,225 abuse cases were opened, resulting in 4,615 closed domain names. The vast majority were related to phishing activity. 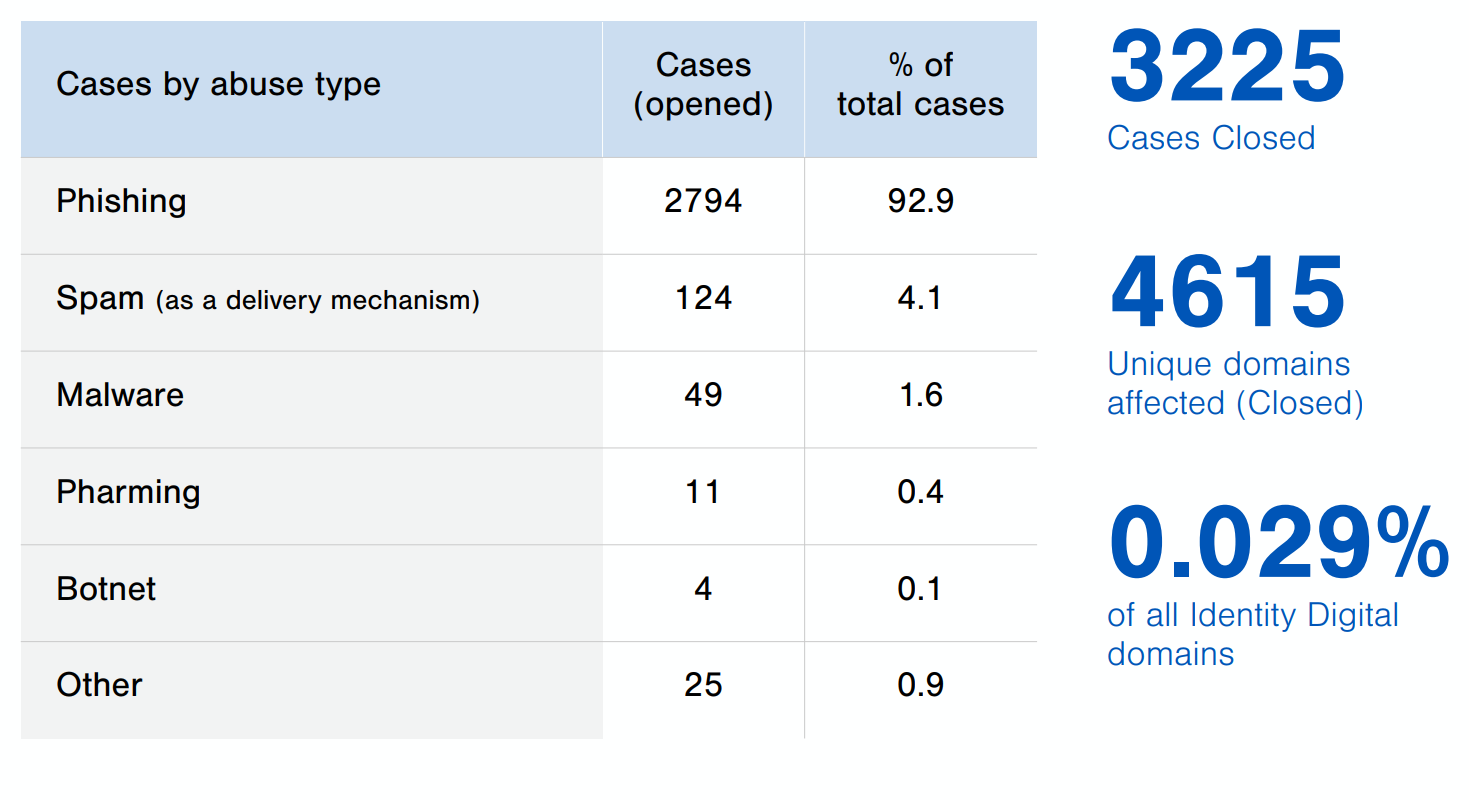 The careful reader will notice that “copyright infringement” isn’t listed separately in the table above. It could fall under another category but Identity Digital actually reports content flagged by “trusted notifiers” separately.

Aside from the RIAA and MPA, these notifiers also include the Internet Watch Foundation (IWF), which reports sites that are associated with Child Sexual Abuse Material. The table below shows the total number of reported URLs in the third quarter.

As it turns out, there are only a small number of flagged ‘pirate’ URLs per quarter. The MPA reported four URLs while the RIAA submitted none. 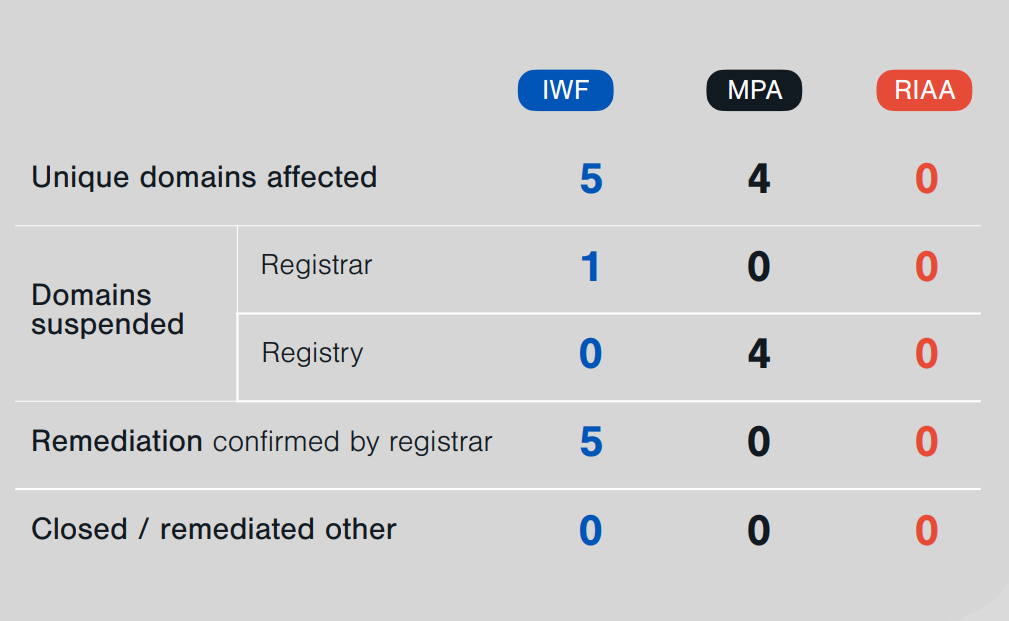 This low number isn’t a fluke. The numbers look very similar in the previous transparency report, where the MPA flagged six URLs. The RIAA didn’t submit any domain names for review in the quarter either.

It’s tricky to interpret these findings. In theory, it could mean that pretty much all pirate sites have been dealt with already on these TLDs. We reached out to RIAA to hear their thoughts on the lack of activity but, as hinted before, the music group had no comment.

To double-check, we searched Google and found that it isn’t hard to find some infringing URLs using Identity Digital domain names. However, these are not the most prominent sites, so perhaps it’s simply not a priority?

What we can say for sure is that the trusted notifier system doesn’t lead to mass suspensions in this case. That said, Identity Digital’s transparency only goes so far. We don’t know which domains were suspended following MPA reports or what kind of infringing content they listed.

The relatively low number of reports may be partly due to the fact that Identity Digital’s TLDs are not the most common ones. This would likely be different for Verisign, which oversees many popular TLDs including .com, .tv and .net.

Thus far, Verisign prefers not to actively police content, but U.S. lawmakers have started to increase pressure on the company.