Last week, just two months after the USTR published its 2013 Out-of-Cycle Review of Notorious Markets, a Chinese online video company hoped to please local and US authorities by ditching its pirate reputation.

Shenzhen QVOD Technology, the company behind Kuaibo.com, made the 2013 USTR report and also incurred the displeasure of the Chinese with its alleged facilitation of online piracy. Aiming to make amends, a few days ago the company announced that it would block piracy in its software tools and invest in licensed content.

By yesterday, however, Kuaibo/QVOD’s overtures were being brushed aside when police in Shenzhen raided its offices. The photograph below, published by 91shouce.com, claims to show the raid in progress. 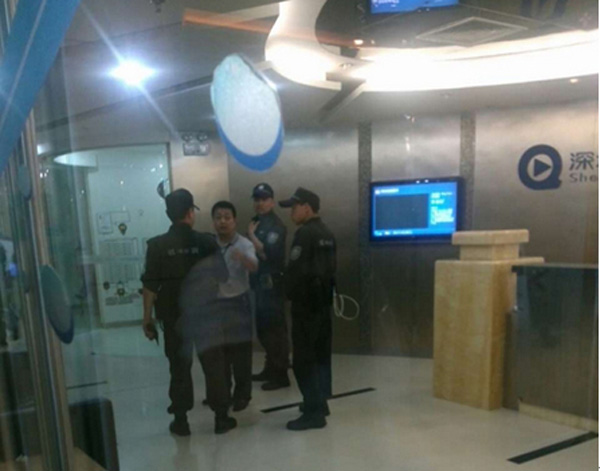 Details on what happened during the raid are unclear, but local news reports suggest that police isolated employees and told them not to use phones or computers.

In a statement the company rejected claims that people had been arrested and equipment seized, adding that it was operating as usual.