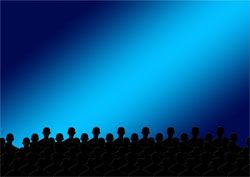 Despite a reputation for not doing enough to thwart online piracy, Russian authorities have become unusually keen to make amends in recent years.

Site-blocking, for example, is now a common occurrence, with sites that infringe multiple times now being subjected to a permanent lifetime injunction, actioned by local ISPs.

But while users continue to flock to torrent sites and streaming portals, copyright holders and local authorities are concerned that social networking platforms are a potentially more serious threat.

In many cases, users are allowed to upload content at will, thereby creating huge libraries of infringing material, a serious headache for copyright holders.

To tackle this problem, authorities and entertainment industry groups are now in the process of drafting fresh legislation aimed at those social media platforms that allow users to upload content.

According to Izvestia, the Ministry of Culture and groups including the National Federation of the Music Industry (NFMI) and the Association of Producers of Cinema and Television (APKIT), believe that a change in the law will make it harder for social platforms to evade liability.

Under Article 1253.1 of the Civil Code, social media sites are considered “information brokers”, meaning that sites like vKontakte (Russia’s Facebook) can avoid being held liable for infringing content uploaded by their users.

Rightsholders would like that legislation to be removed or rewritten in a way that would provide them with more useful options to enforce their intellectual property rights.

Also under consideration are changes to the law that would further punish sites that have already been ordered to be blocked by the Moscow City Court. Currently, local ISPs currently put Internet blockades in place but rightsholders foresee a situation where the finances of infringing sites are put under pressure too.

On the table are proposals to ban those sites from carrying advertising. In the West, advertisers are working on voluntary schemes that aim to keep their funding away from ‘pirate’ sites but it appears that Russia is considering enshrining those principles into law.

Additionally, rightsholders are asking for sites that run on a subscription basis to be forbidden from accepting payments from their users. Again, voluntary agreements with companies such as Visa, MasterCard and PayPal are already in place in the United States and Europe, but legislation could compel Russian companies to comply.

Also continuing its path through the system is another bill designed to tackle the rise of so-called mirrors, sites that crop up after a site is blocked in order to facilitate access to the same content.

The draft bill, which also proposes an obligation to have search engines strip content from results and measures to tackle VPNs and proxies, has already been sent to the Ministry of Communications.