Underlying a multitude of strategies designed to limit traffic to pirate sites, there is a strong belief among copyright holders that operators only keep their sites online due to how profitable they are.

Since most portals don’t make their motivations public it’s unclear as to how many sites this applies. However, it can’t be denied that the largest sites are pulling in decent revenues via advertising so with this in mind there is an ongoing and concerted effort by authorities to “Follow the Money.”

Part of this strategy is ensuring that major brands and smaller companies refrain from placing their advertising on infringing sites. In addition to funding the sites in question, copyright holders insist that having “household name” branding appearing alongside pirate content suggests that sites are not only legitimate but somehow endorsed by their advertisers.

While the US has its own initiatives underway, the UK’s Police Intellectual Property Crime Unit (PIPCU) maintains the Infringing Website List (IWL), a database of sites that police and copyright holders have deemed to breach copyright law.

PIPCU earlier claimed to have placed warning ads on these domains to deter would-be downloaders and is now receiving help from the government to reach more advertisers.

In a new video published by the Intellectual Property Office (IPO), the Internet is described as the most powerful communication tool ever invented, noting that by 2020 the total Internet advertising spend will outstrip that of TV. But while reaching billions of consumers has its benefits, the IPO says that advertisers need to be aware of the problems being caused by IP crime. 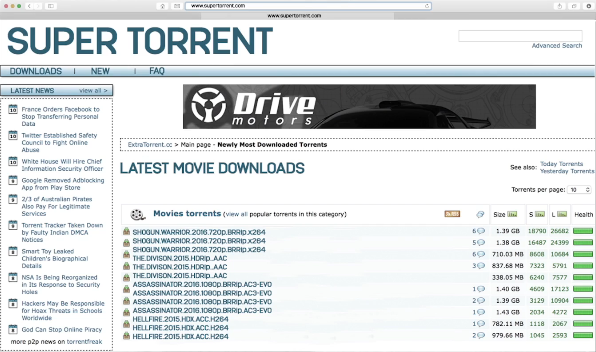 Somewhat ironically the screenshot from the video shown above is actually a copy of ExtraTorrent (the world’s 3rd largest torrent site) but with a name switch. In fact, those who look closely will see that on the left hand side of the image where ExtraTorrent displays its news feed, there’s even a link directing people to find more news on TorrentFreak.

“Illegal websites offering copyright infringing content, illegal websites facilitating fraud, organized crime, even terrorism,” the voiceover warns. “You wouldn’t want your brand, your client’s logo, your hard-earned reputation mixed up with that, would you?”

The video continues by stating that of the top 500 infringing websites, 294 carried advertising for recognized brands, 43 of which were businesses in the top 1000 for advertising spend. By placing ads on such websites, advertisers give them legitimacy while tarnishing their images by associating themselves with viruses and malware, the IPO adds. 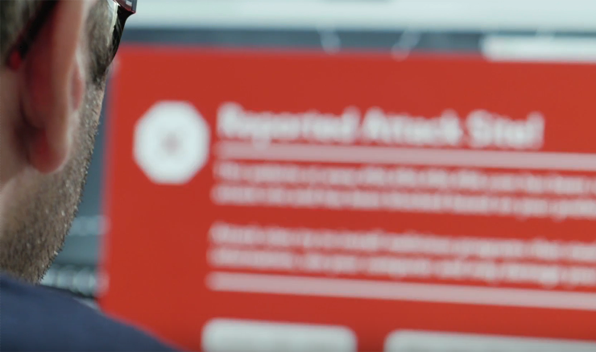 Of course, knowing which sites are considered a risk isn’t always easy for advertisers and that’s where copyright holders and the police step in.

“The Infringing Website List lists all known websites determined by the police to be illegal on the basis of copyright infringement. It’s the first of its kind in the world,” the IPO says.

“Sites are identified by the creative industries, evidenced and verified by the police. The IWL then provides an up to date list of copyright-infringing websites to enable advertisers, agencies and brands to cease advert placement on illegal websites.”

The idea is that ad agencies can integrate the IWL into their ad placement systems in order to boycott pirate sites, something which can prevent direct advertising on designated platforms. However, the advertising world isn’t as straightforward as that and the use of various middle-men ensures that advertising often makes it onto pirate sites, even though they have been ‘blacklisted’ in Europe and the United States.

Nevertheless, the IPO and PIPCU say they are making progress and in August 2015 reported that top UK advertisers were placing 73% fewer ads on pirate sites. More current stats aren’t presented in the video but the message from the IPO remains the same.

“Stop funding criminals, sign up to the IWL,” the IPO concludes.