Search and Stream Torrents From The Cloud, For Free

BitTorrent streaming services have been around for a few years already, but newcomer Streamza is without doubt one of the most impressive we’ve seen thus far.

The service was recently launched by Polish developer and Wikidot CEO Michal Frackowiak. Michal came up with the idea a while ago when he was looking for a convenient way to watch torrents on his iOS devices and TV without all the hassle of converting files and connecting cables.

“Watching movies on a laptop on a couch sucks, so I made a small script that uses EC2 and S3 to download and encode torrents so that I could stream these to my devices,” Michal tells TorrentFreak.

“I showed this to my friends and they wanted the same thing. So there was a thought: why not to build a web app that does exactly this?”

Fast forward a few months and Streamza was born. While the idea started as a simple home-brew solution to a common problem, the end result is a professional service that easily matches up with the competition.

Streamza works pretty straightforward. It downloads torrents instantly and supports streaming playback on laptops, desktops and iOS devices. In addition it also allows users to stream content directly to their TV via Apple TV. A lot of work has gone into the user interface which looks stunning on all devices. 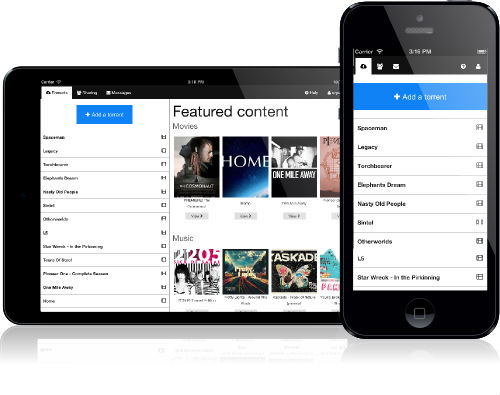 Rather than a lengthy summary of Streamza’s features which includes subtitle support, or underlying technology such as the multi-bitrate HLS streaming, it’s probably best if people just give it a try.

And that’s where another advantage comes in – Streamza gives free accounts with one download slot and a maximum file size of a gigabyte. No credit card needed, no strings attached.

Another feature that will be appreciated by many users is the built-in torrent search. This is particularly handy on mobile devices where it can be quite cumbersome to add torrent files manually. 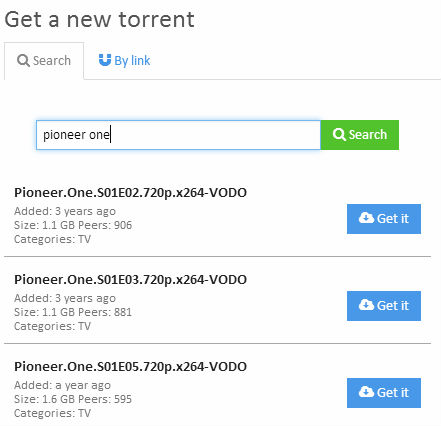 In the near future Streamza plans to add support for more devices and platforms. This includes support for Android devices, Roku, Chromecast, XBMC and opening up an API to allow third-party apps.

While the service will be expanded, the main focus of Streamza will remain “simplicity” and “accessibility” according to the developer.

“I definitely want to make the Streamza experience the best ever, so even my mom could use it. It’s the primary goal. It should work and make you say ‘wow’,” Michal says.