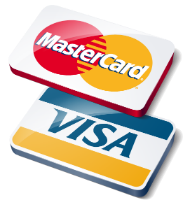 Following the crash and burn of the defunct SOPA legislation in the United States, Hollywood and the recording industry regrouped to formulate a new strategy.

Their new approach is more considered and cautious, but underneath there is still a burning desire to achieve the main goals of SOPA without need for new legislation. One aim is to strangle the finances of allegedly copyright-infringing sites, particularly if those funds touch American soil.

Unsurprisingly payment processors including Visa and MasterCard have become a key focal point. Directly or otherwise, file-sharing related sites worldwide use the services of these U.S.-based companies, a situation the entertainment industries (and their government allies) would love to bring to an end. Today that fight has been given new momentum.

As the former lead sponsor of the defunct controversial Protect IP Act (PIPA), Senator Patrick Leahy (D-VT) is no stranger to pro-copyright issues. Today he’s again leading the way with letters to both Visa and MasterCard on the topic of online piracy.

Leahy begins by outlining how the work of America’s artists is being undermined by largely overseas websites dedicated to copyright infringement. This type of “foreign invasion” imagery was rolled out in lobbying efforts for both PIPA and SOPA but this time around Leahy draws on a recent study to support his pitch to the processors.

“A report recently released by NetNames and the Digital Citizens Alliance analyzed the financial performance of leading cyberlockers, which (unlike lawful cloud storage services) exist to unlawfully store and disseminate infringing files around the world,” Leahy writes. 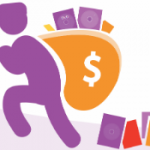 The Senator informs the processors that a vast majority of the “most pernicious cyberlockers” rely on them for their financial viability. The companies surely agree, Leahy says, that no amount of money derived from “unlawful activity” should end up on their balance sheets.

Although the site is not mentioned by name, Leahy praises the work of both MasterCard and Visa in 2006 when they suspended their services to Russian-based music download portal AllofMP3. However, eight years on more work needs to be done to “revise policies” concerning infringing websites.

“The cyberlockers listed in the NetNames report bear red flags of having no legitimate purpose or activity. I ask [Visa / MasterCard] to review the complaints against those cyberlockers and to ensure that payment processing services offered by [both companies] to those sites, or any others dedicated to infringing activity, cease,” Leahy adds.

While there are indeed some dubious sites in the NetNames report, Leahy’s words are bound to further infuriate New Zealand-based file-hosting site Mega.co.nz. Although the status of the complaint is unclear, Mega has already threatened legal action against NetNames after the company included the file-hoster in its report.

Finally, it’s interesting to note that letters like the ones sent by Leahy to MasterCard and Visa usually start out amicably but end in implied threats to intervene should no progress be made. However, Leahy carefully tows the current entertainment industry line of cooperation over confrontation.

Urging the payment processors to work with copyright owners, Leahy says partnerships should develop methods and practices for the “efficient investigation” of sites alleged to be involved in infringement.

“Voluntary agreements, developed and refined over time between the relevant stakeholders, hold great promise for addressing the problem of infringement online,” Leahy concludes.

Mastercard and Visa Under Pressure for ‘Enabling’ IPTV Piracy