ABS-CBN Sues Another 18 Sites Over TV and Movie Piracy 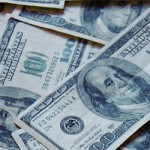 Back in August TF published a reported on copyright-focused legal action initiated in the United States by ABS-CBN, the largest media and entertainment company in the Philippines.

The media giant filed a lawsuit at a federal court in Oregon looking for millions of dollars in damages from two local husband and wife residents. Their main target, Jeff Ashby, claimed he created several tiny websites so that his wife could enjoy entertainment from her home country. Lawyers for ABS-CBN viewed those sites rather differently.

Last month the case ended badly for the defendants. After branding Ashby a hardcore criminal and using its own news shows to paint him in a poor light, ABS-CBN hit their home run. The media giant reached a consent agreement with Ashby and the Oregon District Court ordered him to pay a mind-blowing $10 million in damages.

Here at TF we suspected that the $10m decision might be of value to ABS-CBN should they wish to begin suing other sites. After all, no one wants to get hit with a $10m bill so settlement offers below this amount might seem more attractive and become more easily arrived at. Sure enough, just weeks later ABS-CBN is back.

In an action filed in a Florida district court, ABS-CBN is now targeting 100 ‘Does’ and another 18 sites in a copyright and trademark infringement lawsuit. ABS-CBN says that in the United States it makes its content available through companies including Comcast, Time Warner Cable, DirecTV, Cox Communications, AT&T, Verizon and Charter to name just a few, but these ‘pirate’ services are undermining that commercial activity.

“Through their various websites, Defendants hold out to the public that they have ABS-CBN’s content, and re-broadcast ABS-CBN’s TV shows and movies over the Internet, in order to illegally profit from ABS-CBN’s intellectual property, without ABS-CBN’s consent,” court papers read.

“Further, Defendants control the organization and presentation of the content by themselves providing links to ABS-CBN shows and promote and advertise the content as ABS-CBN’s, including through the use of ABS-CBN’s marks; and stream the shows for users’ viewing through their websites.”

The media company also claims that the ‘pirate’ sites distribute malware, spyware and “other nefarious, malicious and harmful software….typically in the guise of software updates ‘needed’ by the viewer in order to enhance their viewing experience of Plaintiffs’ video content.”

Visits to a handful of the sites carried out by TF confirmed that some do indeed request the installation of a browser addon but when those are rejected the sites remain functional.

In order to end any infringement quickly, ABS-CBN is seeking temporary, preliminary, and permanent injunctions not only against the sites, but also anyone “acting in concert or participation” with them including Internet search engines, web hosts, domain name registrars, and domain name registries.

In respect of domains, ABS-CBN wants all domains put “On Hold” by their registries and then canceled, deleted or transferred “so that they may no longer be used for illegal purposes.”

On the copyright front the action seeks the maximum statutory damages from the defendants of $150,000 per infringement plus attorneys’ fees and costs. In respect of abuse of trademarks, ABS-CBN requests $2 million for each counterfeit trademark used.

Finally, the Philippines-based company demands that all funds generated by the pirate sites should be handed over to partially satisfy any judgment handed down.

It seems unlikely that any of the sites (listed below) will go head-to-head with ABS-CBN in court so settlement agreements will have to be reached. Whether the media giant will begin publishing the details of yet more large settlements will remain to be seen, but it’s doubtful that any will have $10m just sitting around.

Sites targeted by ABS-CBN in its latest lawsuit.