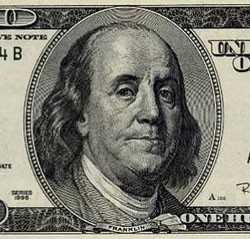 By the first quarter of 2017, Twitter had 328 million users. It’s the perfect platform to give anyone a voice online and when like-minded people act together to make something “trend”, stories and ideas can go viral.

When this happens organically, through sharing based on a genuine appreciation of topics and ideas, it can be an awe-inspiring thing to behold. However, the mechanism doesn’t have to be spontaneous to reach a large audience, if it’s organized properly.

Leaked by a Stanford law professor to Mike Masnick at Techdirt, the email outlines the aims of the looming online war.

“This summer, we want to activate an audience of young professionals – the kind of folks who are interested in foreign policy, but who aren’t aware that intellectual property protection touches every part of their lives. I think the law school students at your institution may be the type of community that we would like to engage,” the email reads.

“The Bureau of Economic and Business Affairs wants to start a fake Twitter feud. For this feud, we would like to invite you and other similar academic institutions to participate and throw in your own ideas!” the email reads.

The plan clearly has some momentum. According to the email, big names in IP protection are already on board, including the US Patent and Trademark Office, the powerful Copyright Alliance, not to mention the Motion Picture Association of America and the Recording Industry Association of America.

The above groups can call on thousands of individuals to get involved so participation could be significant. Helpfully, the email also suggests how the ‘conflict’ should play out, suggesting various topics and important figures to fire up the debate.

“The week after the 4th of July, when everyone gets back from vacation but will still feel patriotic and summery, we want to tweet an audacious statement like, ‘Bet you couldn’t see the Independence Day fireworks without bifocals; first American diplomat Ben Franklin invented them #bestIPmoment @StateDept’,” the email reads.

As one of the Founding Fathers of the United States, Benjamin Franklin is indeed one of the most important figures in US history. And, as the inventor of not only bifocals, the lighting rod, and myriad other useful devices, his contribution to science and society is unquestionable.

Attaching him to this campaign, however, is a huge faux pas.

Despite inventing swim fins, the Franklin stove, the flexible catheter, a 24-hour three-wheel clock, a long-arm device to reach books from a high shelf, and becoming the first person to use the words “positive” and “negative” to describe electricity,
Franklin refused to patent any of his inventions.

“As we benefit from the inventions of others, we should be glad to share our own…freely and gladly,” he wrote in his autobiography.

It’s abundantly clear that using Franklin as the seed for an IP protection campaign is problematic, to say the least. His inventions have enriched the lives of millions due to his kindness and desire to share.

Who knows what might have happened if patents for bifocals and lightning rods had been aggressively enforced. Certainly, the groups already committed to this campaign wouldn’t have given up such valuable Intellectual Property so easily.

To be fair to the Bureau of Economic and Business Affairs, the decision to use the term “fake Twitter feud” seems more misguided than malicious and it seems unlikely that any conflict could have broken out when all participants are saying the same thing.

That being said, with the Copyright Alliance, MPAA and RIAA on board, the complexion changes somewhat. All three have an extremely tough stance on IP enforcement so will have a key interest in influencing how the “feud” develops and who gets sucked in.

The big question now, however, is if this campaign will now go ahead as laid out in the email. The suggested hashtags (#MostAmericanIP and #BestIPMoment) have little traction so far and now everyone will know that far from being a spontaneous event, the whole thing will have been coordinated. That probably isn’t the best look.