This phenomenon, often dubbed “copyright trolling,” started over a decade ago and remains ongoing, in large part thanks to one company.

In the past, there were multiple rightsholders that sued hundreds of people but this changed. After Malibu Media backed out, apparently ‘due to Covid‘, Strike 3 Holdings was the only mass filer of piracy lawsuits this year.

This doesn’t mean that things have quieted down in court. The company filed hundreds of cases across the United States, targeting people whose Internet connections were allegedly used to download and share copyright-infringing content via BitTorrent.

In the case of Strike 3, this refers to adult videos that are made available via the Blacked, Tushy, and Vixen websites, but ended up on pirate sites.

Earlier this week we looked at all the cases Strike 3 filed this year, which add up to a total of 1,900. These cases typically target one defendant and we can’t rule out that more will be filed before the new year. 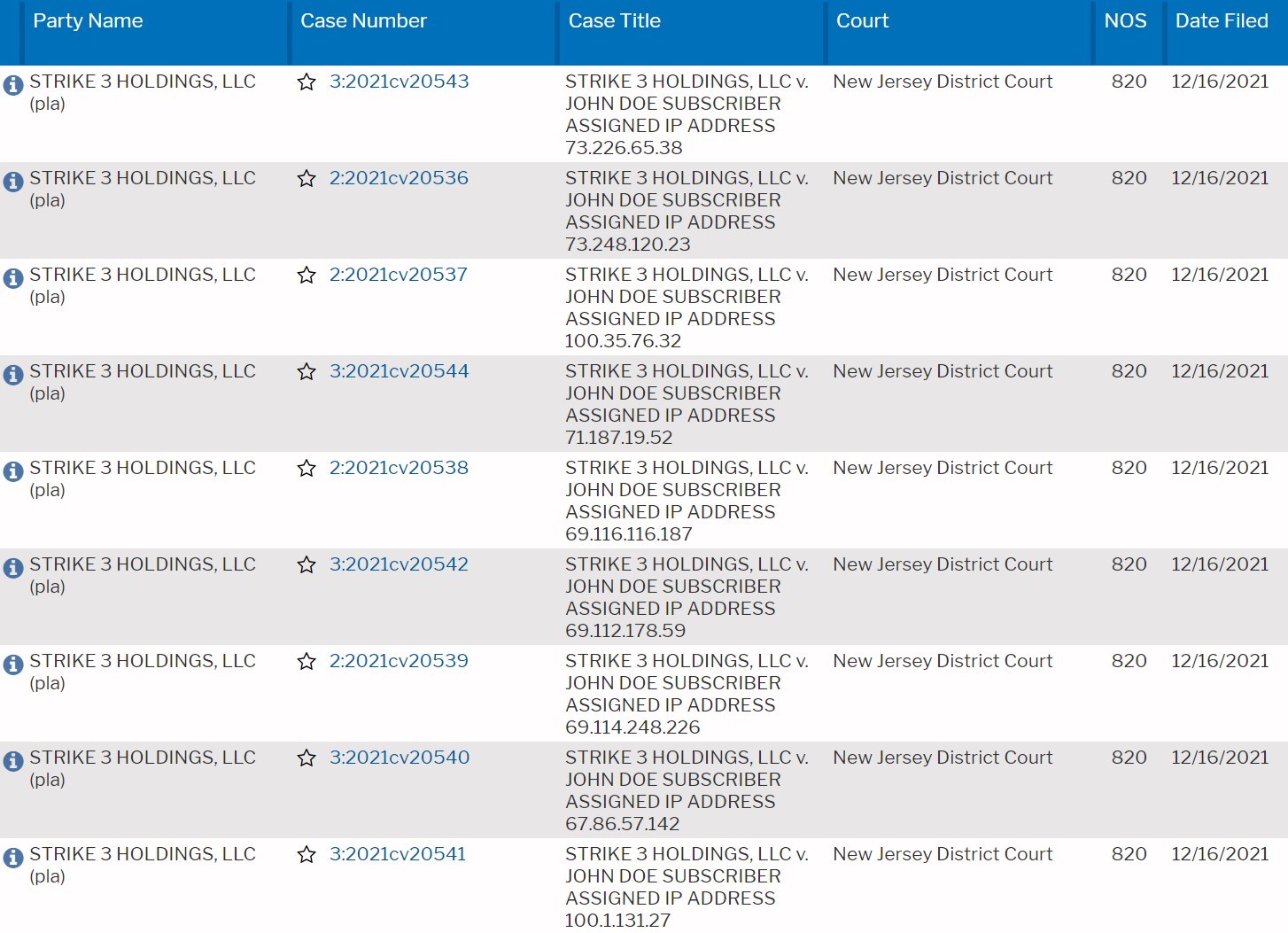 More than half of these cases are already closed. This often means that Strike 3 signed a settlement with the alleged pirate out of court, after which the case is voluntarily dismissed.

The settlement amounts are not disclosed but will likely range from a few hundred to a few thousand dollars. None of the cases has gone to trial, as far as we know.

The relatively high settlement count may in part be explained by the fact that some defendants are guilty. However, even for those who haven’t done anything wrong, paying a settlement can be cheaper than hiring a lawyer.

Strike 3 is not the only company that has filed lawsuits against alleged BitTorrent pirates. There have been a handful of other cases as well, particularly from independent movie companies. However, these numbers are much lower, and the lawsuits are often used as collateral for legal action against intermediaries such as VPN providers and hosting companies.

This means that Strike 3 can be considered the only prolific “copyright troll” standing in US Courts in the file-sharing space.

There has been some pushback against Strike 3’s legal tactics. Some courts no longer allow these types of cases or add significant roadblocks. However, these can easily be avoided and other options remain.

For now, there is no reason to believe that the company will stop filing lawsuits any time soon. This means that they are getting something out of it, with money being the most likely option.