The Confessions of a Camming Movie Pirate

Last week TF published an interview with Philip Danks, the West Midlands man handed the toughest ever UK sentence for recording a movie in a cinema and uploading it to the Internet. After receiving 33 months for his crimes, Danks’ message was one of caution.

“Simply put, prison isn’t worth the kudos you get from being the first to leak a movie, stay away from it all and be happy with your family!” he said last week.

But despite the words of warning, what Danks did is still pretty intriguing. So-called ‘movie camming’ is not only very dangerous but also shrouded in mystery. So what made this guy do what he did?

“My original motivation was to be the first to get a copy of a film worldwide, which would certainly drag thousands of new unique visitors to my website (Bit Buddy), increasing members and site activity, as at the time there was just over 200 members which is extremely small,” Danks informs TF.

“I decided on Fast 6 due to the popularity and demand for the film as it was by far the most highly anticipated and eagerly awaited film. It was hugely popular and I knew demand would be high for that film.”

After settling on a film to ‘cam’, Danks had to pick a location. In the end he chose a Showcase cinema, located not far from his Walsall home in central England. 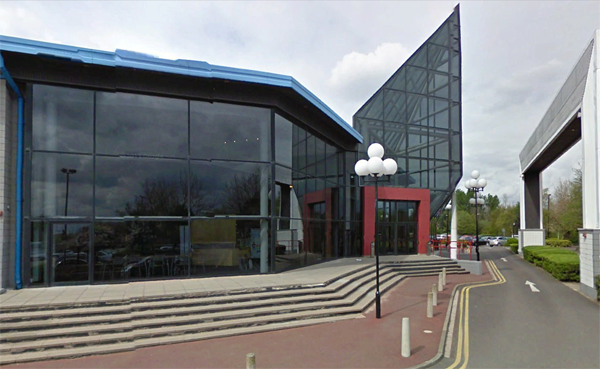 “The cinema I chose was my local cinema just 4 – 5 miles away, and I chose the first available viewing with tickets available. I only decided on the day that I would do it, so it was spur and heat of the moment thing,” he explains.

“I went into town and brought a second hand camcorder from a pawn shop for £70, however it only had a 60 minute battery life and I had to return to get a better camcorder. The second one I chose had brilliant reviews online for battery life and quality, so I chose that one for £80.”

The digital camera had no storage medium, so to capture the whole thing in decent quality Danks had to spend a little extra on 16GB SD card. However, other problems quickly raised their head and would need attention if his cover wasn’t to be immediately blown.

“I realized quite quickly that the device was extremely visible in the dark, so I covered all LED lights with insulation tape,” Danks says.

Also proving troublesome was the brightness of the camera’s LCD screen. Covering that so early on would mean that focusing on the cinema screen would be a hit-and-miss affair and at worse a complete disaster. Danks decided to take the risk on the initial focusing setup and then used a small black bag to cover the LCD.

As anyone who has watched a ‘cam’ copy will know, the positioning of the ‘cammer’ is vital to a decent recording. Too far to the left or right of the big screen and angles can creep in. Too far forward or back raises other issues, including other movie goers causing annoying black silhouettes every time they move in front of the camera.

To avoid the latter and of course detection, Danks decided to enroll some accomplices.

“I decided that a few friends in front, to the side and to the back of me, was enough cover to keep the staff from seeing me, so I invited a few friends along, one of which was Michael Bell, my co-defendant,” Danks says.

“I got the focus right while the camcorder was in my lap, meaning I could hold it with my legs and keep it fairly steady, also providing a little more cover from staff as I looked like I just had my hands in my lap.”

For readers putting themselves in Danks’ shoes, fear of getting caught during the next two hours would probably be high on the list of emotions. However, Danks says he wasn’t really concerned about being discovered and was more interested in the end result.

“While I was actually recording my only thoughts were whether or not the quality would be good enough for a release, and if the sound would be in sync with the video. I blocked out any thoughts of getting caught and just got on with the job at hand,” he explains.

Soon enough the movie was over. Danks hadn’t been caught in the act but there was still a possibility that he’d been monitored and a welcoming party was waiting for him in the cinema lobby. With that in mind, he set about mitigating the risks.

“As soon as the movie was over I concealed the camcorder down my trousers and the memory chip was hidden in a separate place – in my sock. I knew cinema staff could not perform a search without a police officer present,” he says.

But what if staff were outside ready to give him a hard time? Danks had thought about that too and already had an escape strategy in mind.

“I planned to simply run if I got caught. I know that any attempt to detain me without the authorities would be unlawful arrest and kidnap, so that was no concern,” he says.

In the event his exit from the cinema was trouble free. All that remained was to get the video off the card and onto the Internet.

“I had an SD card reader on my laptop, so transferring the file was no issue, although encoding was. I had problems with audio synchronization and had to adjust the sound offset by around 0.8s to get it just right after conversion to AVI,” he recalls.

“Another problem I ran into was file size. Because the movie was so long the total file was around 6GB separated into 1GB chunks, so I first had to use a video joiner to combine all the chunks in the right order before I could compress and reduce the final size. In total it took over six hours to convert and upload the file for the first person apart from me to have a copy.”

The whole point of recording Fast 6 was for Danks to be able to claim first place in the race to upload the movie to the Internet and he wanted his own site, Bit Buddy, to share in the glory.

“I decided to first upload the movie to Bit Buddy, date stamps would then prove my site was the first in the world to have a real copy. I then decided the best place for it to be picked up was on 1337x.org, KickAssTorrents and ThePirateBay, because I know dump sites scrape all three on a regular basis,” he says.

“Afterwards I simply went to sleep, but by this time it was 6am and I was back up at 10am to check on things. The amount of visitors to my site caused it to crash my home servers (three of them) because I simply wasn’t prepared for the traffic.”

So far so good

Danks says that in the aftermath he felt happy with what he’d done. The movie had been recorded, he hadn’t been caught, and his site had been placed on the map. That desire to be first had paid off with the feelings he’d expected.

“The next day I felt great. I felt like I had achieved something, something no one else could do, and that was get the tightest film of the year security-wise and plaster it over the Internet. By the time I checked it lunch time it had around 50,000 seeders and was on every worthy site going, so I was very proud,” he recalls.

As detailed in our earlier article, the Federation Against Copyright Theft had been watching Danks’ activities online. That led to an oversized police response and his subsequent arrest.

“It was only five days later when I was arrested that it dawned on me and I realized how much trouble I was in. However at the time I just simply didn’t care, I had one up on the fatcats in Hollywood and that was all I was bothered about,” he recalls.

“It wasn’t until over a year later when I was actually in court that I realized I was facing a lengthy custodial sentence for what I had done, and that the Hollywood fatcats had actually beaten me at my own game.

“Going to prison is technically the ultimate punishment, and that’s what they did to me. So really I was the one who lost out long term, losing my home, my job, my car and my freedom. That’s not winning.”

Danks is now out of prison and on license, which means he has to be home by 7pm and cannot leave again until 7am. He spends his free time programming and playing poker in an attempt to build up his funds to pre-prison levels. And, since there has been so much interest in his case, he’s also hoping to commit his experiences to film via his own documentary.

Unless someone already in the field is interested in working with him, in which case TF will be happy to forward their details.