uTorrent Gets an EZTV, TED and Jamendo App

A few months ago BitTorrent Inc. debuted their torrent App platform in the experimental ‘Griffin‘ client, which is currently in use by a few million users. Two weeks ago the company announced the next big rollout of the Apps platform with integration into the Mainline client, and later this year it is expected to be added to a stable release of uTorrent.

Thus far there are only a handful of Apps listed in the official store and not all of them are equally usable. To stimulate the development of uTorrent Apps, BitTorrent Inc. started a developers challenge in August, awarding a $1000 prize to the best App to be submitted. Today the winner was announced.

The winning App is called Zulu Music and was developed by Steven Viola. The HTML and Javascript-based App enables users to search for and discover new artists among the 39,229 free albums that are currently available on the music sharing site Jamendo. All albums can be downloaded directly in uTorrent in high quality MP3 and OGG formats.

Zulu Music is a prime example of how free and legal content can be embedded in uTorrent. However, the developer of the App also released another, very similar App that might be of greater use to the average BitTorrent user – Zulu TV.

Zulu TV offers uTorrent users an easy way to find the latest TV-shows, without having to visit a torrent site. The App pulls torrents from EZTV and uses artwork published by TheTVDB and combines them into a nifty TV-torrent guide. With a single click users can subscribe to shows or download individual episodes. 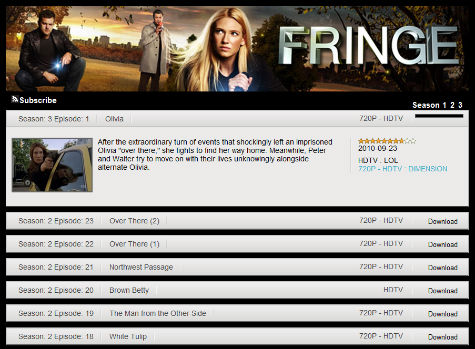 Unlike with Zulu Music, not all copyright holders have given permission to download the content that’s linked to on Zulu TV, and this is most likely the reason why the App has not been given a mention by BitTorrent Inc. People who are interested in trying the App can add it to uTorrent manually by going to the developer’s site.

A third App that came out today is released in collaboration with the organization that hosts the TED conferences. This App enables users to browse through and download high quality copies of all the latest 18-minute TED talks.

“We’re thrilled to collaborate with BitTorrent to bring TEDTalks to millions of new viewers,” June Cohen, Executive Producer of TED Media said. “TED’s mission is to spread ideas, and BitTorrent’s new apps platform will amplify our work really powerfully, reaching a large and engaged audience who may be new to TED.”

A representative from EZTV informed TorrentFreak that he was thrilled about Zulu TV as well, but thus far he hasn’t heard anything from BitTorrent Inc. yet.

“EZTV’s mission is to spread TV-shows, and BitTorrent’s new apps platform will amplify our work really powerfully, reaching a large and engaged audience who may be new to EZTV,” we were told.