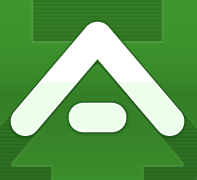 Earlier this year BitTorrent Inc. launched uTorrent Apps, a web-based extensions framework to add new functionality to the popular BitTorrent client without compromising the lightness most users have come to love.

uTorrent App files have a .btapp suffix and consist entirely of HTML and Javascript. The Apps can be added to the client with a single click and are displayed using an embedded browser window.

Similar to other apps, addons and extensions in today’s web browsers and phones, uTorrent Apps will allow 3rd party developers to create applications that will integrate seamlessly with the client.

Initially only a handful of Apps were included with the experimental ‘Griffin‘ client. This project merged with the latest uTorrent 3.0 alpha release last week and today BitTorrent Inc. made an SDK available that developers can use to code their own Apps.

“Apps for uTorrent is something that we are really passionate about. For us, it is a natural and important evolution of uTorrent,” says Simon Morris, BitTorrent’s VP of Product Management. “It is a way for users to create a personalized experience by adding Apps that offer new features and services that are important to them – without compromising the lightness that they have come to love with uTorrent.”

“Another important component of Apps for uTorrent is the developer community. Apps that inspire new and innovative uses of uTorrent – built by developers – are an important part of our vision.”

To stimulate the development of uTorrent Apps, BitTorrent Inc. is also starting a developers challenge, awarding a $1000 prize to the best App to be submitted during the coming month. With the challenge they hope to encourage developers worldwide to create Apps that will highlight new use cases and redefine how uTorrent is being used.

The Apps bundled with the latest release of uTorrent 3.0 are far from groundbreaking, so it will be interesting to see what creative implementations other developers come up with.

Entries to the Apps developer challenge will be judged based on originality and innovation, quality of product, product or service appeal and technical expertise. The contest closes on Friday, August 13, 2010.