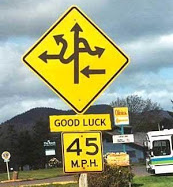 While BitTorrent sites have gone from strength to strength in recent years, so-called streaming portals have really gained traction.

These sites, which in appearance are not dissimilar to YouTube, provide links to all the latest movies and TV shows. This content, usually held on 3rd party file-hosting services, is then displayed in a window, accessible at the touch of the button. No need to download the whole thing before viewing and no wait times.

But for reasons that are not entirely clear, some of the leading sites in this field – which at times have been among the most popular sites on the Internet – have been involved in activity that has undermined confidence in their services and damaged their rankings.

The problem appears to be that they have rivals, enemies who are prepared to hack their domain names, hijack their sites and pass themselves off as the real thing.

The biggest disaster by far involves the famous 1Channel.ch. This site, which grew out of the LetMeWatchThis this domain, was apparently hacked back in May. 1Channel then pointed to a fake site which looked almost identical, which left the original site owner to revert back to the original LetMeWatchThis domain.

Then in June, LetMeWatchThis went down without explanation, only to reappear a few days later with a new domain – PrimeWire.ag. If you’re keeping up by this point you’re doing well – hold tight.

Now, just two months later, PrimeWire.ag is redirecting to a brand new domain – Vodly.to. There’s a notice on the front page as follows:

But there’s a problem. If 1Channel.ch was hijacked earlier this year and became a fake site, why would the owners of Vodly.to associate themselves with it? Why would they say that 1Channel.ch, PrimeWire.ag and now Vodly.to are one and the same? Why is there no mention of LetMeWatchThis.ch, a hugely popular domain that preceded 1Channel in its first incarnation, PrimeWire.ag in its second and it still online at this very moment?

Perhaps the most important question is this: are these all the same sites? The short answer to that is ‘No’.

Earlier this year the admin of LetMeWatchThis showed TorrentFreak a detail present on his site which enabled us to confirm he was the admin after 1Channel.ch was hijacked. That feature was also present on PrimeWire.ag which led us to feel moderately comfortable (entire server/backup takeover excepted) that PrimeWire was in fact the new name for LetMeWatchThis.

But now, if one goes to PrimeWire.ag (which diverts to the new name of Vodly.to) that feature is not present, which suggests that Vodly.to is probably a whole new site and nothing to do with the sites it claims to succeed. In the meantime the Twitter account for PrimeWire is advising people to use LetMeWatchThis.ch again.

So in summary…..no, let’s not even go there. This entire episode is a disaster from start to finish which has caused more uncertainty and doubt than any anti-piracy campaign could hope to achieve. There are countless users online wondering whether these sites are some sort of trap or have been set up for malicious purposes. Very few people know the answer to that question and those that do are not responding to their mails…..