Like any creator of owner of original content, the Watch Tower Bible and Tract Society, the supervising body and publisher for the Jehovah’s Witness religious group, enjoys protections under law to prevent infringement.

As the owner of various copyright-protected works, including many registered at the US Copyright Office, the group is allowed to send DMCA takedown notices to have content removed from online platforms. As the law requires, platforms like YouTube comply with these requests but it appears that is just not enough for Watch Tower.

As reported last weekend, an individual who created a series of stop-motion Lego animations is currently being sued by Watch Tower Bible and Tract Society. ‘Kevin McFree’ was first targeted in 2018 via a DMCA subpoena but with that legal process stalled, Watch Tower filed a full-blown copyright infringement lawsuit.

McFree (not his/her real name) is currently proceeding as a John Doe, since the earlier DMCA subpoena failed to uncover the animator’s real identity after Watch Tower met resistance from McFree’s lawyer. However, DMCA subpoenas – which do not necessarily require oversight from a judge – can prove a useful tool in obtaining people’s real names and addresses.

While this is a problem for alleged copyright infringers in any matter (such as those that involve copyright trolls), in Watch Tower related cases there is a chance that once identified, people who are current members (or have family members still in the church) could face much broader social consequences. As a result, staying anonymous carries additional importance.

Watch Tower is no stranger to filing for DMCA subpoenas to compel YouTube to hand over the details of alleged infringers, and these can sometimes get quite messy. This week, however, Watch Tower appears to be increasing the pressure significantly.

In a wave of DMCA subpoenas targeting YouTube and also Facebook, the religious group is hoping to find out the real identities of people who uploaded Jehovah’s Witness content to the platforms. At least as far as the evidence provided reveals, none are serial infringers or mass uploaders.

In all cases, Watch Tower appears to have identified either a single upload on YouTube or Facebook, which were previously tackled by sending DMCA notices to the relevant platforms, targeting the specific content, which was removed.

All DMCA subpoenas reference a single song titled “With Eyes of Faith” which, interestingly, is publicly avabailble on the JW.org portal for streaming and also free MP3 download, no registration or login required.

In the first subpoena application against YouTube, Watch Tower seeks the identity of the person behind the JW Music account, which currently has no videos listed and has just 116 subscribers. The account was only opened on May 5, 2021, so has had little opportunity to gain any traction.

“Watch Tower conducted a good-faith fair use analysis of the infringing posts on the account at issue. This content infringes copyrights held by Watch Tower,” the application reads.

The second application lists the PODEROSOS PELA FÉ (Powerful by Faith) channel which isn’t directly linked but also posted the same song, “With Eyes of Faith”, which has since been removed. The application does not state that a fair use analysis has been carried out, instead concluding that the video simply infringes copyright. 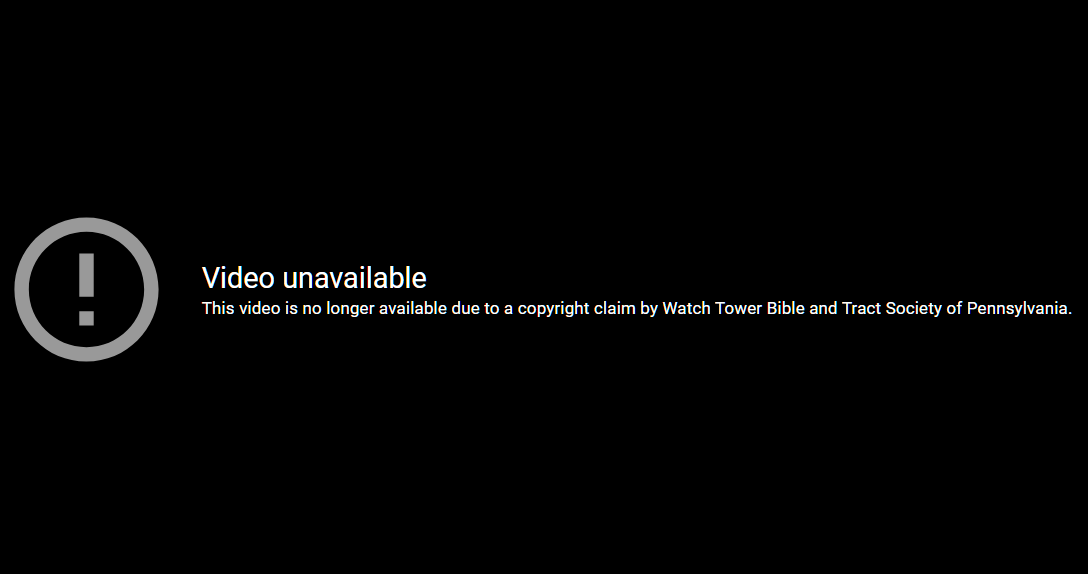 The third application, which like the others was filed this week, targets a Facebook user, also posting under the name PODEROSOS PELA FÉ. Since this a widely used Jehovah’s Witness term, it’s unclear whether this is the same user as targeted in the YouTube takedown.

The fourth DMCA subpoena request targets an individual, again on Facebook, operating under the name Adriana Lima. Both stand accused of ‘pirating’ the song “With Eyes of Faith”.

Demands for All Subscriber Information

In all four cases, either YouTube or Facebook are asked to hand over “all identifying information, including subscriber registration information” including their “name(s), address(es), telephone number(s), [and] any electronic mail addresses” associated with the allegedly infringing accounts.

Each application comes with an assurance that Watch Tower will only use the subpoenas (if they are granted) to obtain the identity of an alleged infringer or infringers, and that such information will only be used for the purpose of protecting Watch Tower’s rights under the Copyright Act. The big question, however, is what that will entail.

Since the content has already been subjected to takedown requests, preventing ongoing infringement doesn’t appear to be a key issue. However, since Watch Tower wants to personally identify the people in question, it is possible that it will seek to communicate with them directly. What shape those conversations will take is unknown but there could be additional consequences if the group can link the alleged infringers or their family members directly to the church.

And of course, as the lawsuit against Kevin McFree shows, there is also the possibility of a full-blown copyright infringement lawsuit, which at least carries the potential for up to $150,000 in statutory damages, if guilt is proven. Either way, if the people can be identified there is no good outcome.

The DMCA subpoena applications and supporting documents can be found below: