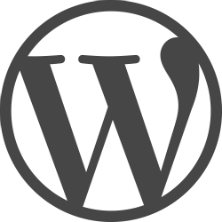 Automattic, the company behind the popular WordPress.com blogging platform, receives thousands of takedown requests from rightsholders every year.

A substantial percentage of these notices contain inaccuracies and several are clearly fraudulent or abusive.

The company highlights some of the worst offenders in its “Hall of Shame” and has also sued takedown abusers in the past.

In a recent submission to the U.S. Copyright Office, Automattic’s General counsel Paul Sieminski explains that “enforcement robots” and the lack of human review are in part to blame for many of the inaccurate notices.

“While we recognize that the use of automated tools may be necessary with respect to some types of infringement on some types of websites, personal blogs are not the proper targets for enforcement robots.”

“Copyright holders have an obligation to consider fair use before sending a takedown notice, and robots simply cannot tell fair use from foul in any but the most obvious circumstances,” Sieminski adds.

Automattic does its best to comply with the DMCA but the company believes that more should be done to prevent this type of behavior in the future. The current regulations are not sufficient to deter the fraudulent and abusive, the company argues.

Among other changes, the company suggests the addition of statutory damages for DMCA takedown abuse, so the worst offenders can be punished appropriately.

With statutory damages, companies who are victims of DMCA abuse would no longer have to prove actual monetary harm. Instead, the law will prescribe a fixed damages amount.

In addition, WordPress.com’s parent company suggests the introduction of bonds, as is common in other parts of the legal system. This would mean that copyright holders have something concrete to lose when they make false statements.

“Such a bond may be the only way to ensure that those who cause damage via misrepresentations are called to account for their misdeeds,” Sieminski writes.

Automattic’s comments (pdf) were submitted as part of the Government’s public consultation to evaluate the effectiveness of the DMCA’s Safe Harbor provisions. The U.S. Copyright Office will use the feedback to evaluate whether the DMCA law should be reformed in the future.