“Artists Should Think, Instead of Spewing Misplaced Spotify Hate” 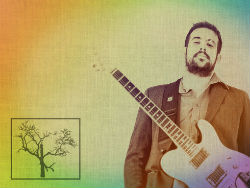 Both the major record labels and some artists have a habit of complaining about every new technology that comes along.

Cassette tapes, recordable CDs and MP3 have all been described as a major threat to artists’ livelihoods, and with the surge of streaming services such as Spotify the broken record continues to play.

Artists in particular have been spewing Spotify hate, claiming that it’s hurting their income streams.

“We don’t need you to do it. No artists needs you to do it. We can build the shit ourselves, so fuck off,” Yorke said a few months ago in one of his many rants.

Not all artists agree with this view though. The Flashbulb, aka Benn Jordan, is coming to Spotify’s defense and urges his fellow musicians to “think before they bitch.”

“Really Thom? You’ve created a legal, royalty paying library of music that will allow me to literally listen to whatever artist I can think of, whenever and wherever I desire to?,” Jordan notes.

“Because that’s the one thing we, the people, the pirates, the innovators, could not do in the last 7 years when we had all the technology in our hands to do it. Our alternative to piracy has been listening to music encoded as YouTube videos, which is so hilariously ass-backwards that I still can’t wrap my head around it,” he adds.

According to Jordan, Spotify is the answer many pirates have been waiting for.

A way for people to have a library of millions of songs at their fingertips, and the option to play them on a variety of devices, for a reasonable fee.

“The real bottom line to every single issue in the music piracy debate is that people will turn to whatever is the most convenient, as long as it is affordable. I truly believe that the vast majority of music pirates in the Napster era weren’t raiding the music industry like looters in a riot. They were simply acquiring music in a much more convenient way,” Jordan says.

For millions of people Spotify is a better alternative than piracy. And just as importantly, it also allows artists to get decent compensation for their work.

So why are all these artists complaining about the “miserable” compensation they receive from Spotify? According to Jordan, this is in part their own fault, as many artists have signed away most (or all) of their streaming royalties to their record label or distributor.

Another group of artists simply lacks fans. If nobody is listening to your music on a regular basis, it’s not fair to expect a fat royalty check to arrive in the mail every month.

Contrary to the complaining artists, Jordan says that Spotify has been doing very well for him in terms of revenue. In fact, it outperforms the money he receives from most other digital stores combined.

“I can tell you that Spotify has made me about 30% more than iTunes, Pandora, Amazon, Xbox Music, Google Play, eMusic, Rhapsody, Rdio, Deezer, MediaNet, Simky, Nokia, and MySpace Music combined in that period. Even if you tack on my checks from ASCAP to that long list, Spotify is still ahead,” he says.

Spotify revenue alone now allows Jordan to pay his rent, and the numbers are increasing month after month whereas revenue from other services has remained flat.

“Spotify alone, for the last 9 months or so, has paid for my rent in a 2 floor coach house with garage. But what is predictably notable, is that the numbers for Spotify are growing monthly, and have actually doubled from the first month to the last while sales on other platforms remained the same,” Jordan adds.

The Flashbulb on Spotify 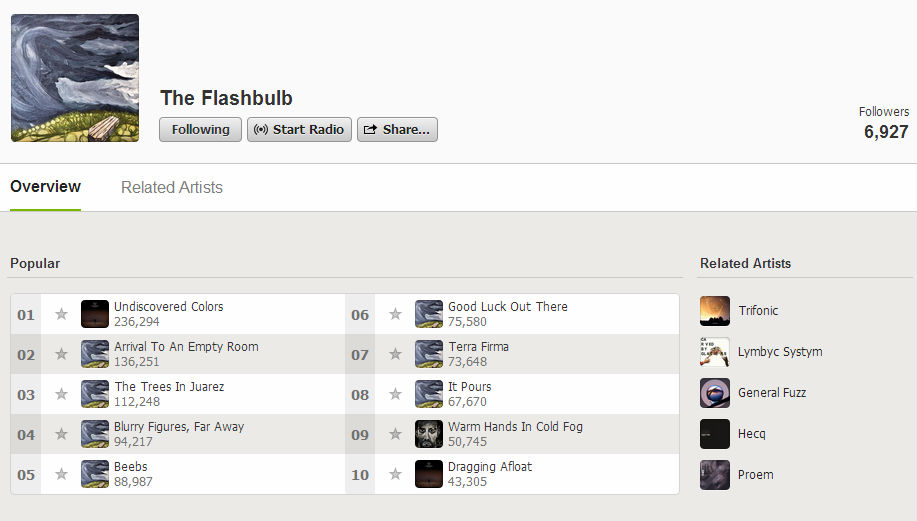 The fact that Spotify revenue is growing much faster than other services has two reasons according to Jordan. On the one hand the streaming model generates income from casual listeners who previously used pirated channels.

In addition, Spotify rewards artists who have a loyal and frequently listening fan base, as the payouts are per stream instead of the one-time fee traditional CD and MP3 sales bring in.

As a result, Spotify now allows Jordan to fulfill his dream of being an artist who can focus on creating new music, instead of doing jobs on the side.

“At the end of the day, that additional income has allowed me to almost completely scale back on television composing and concentrate hard, exclusively on writing and recording new material. For the first time in my life, I’m able to be ‘The Flashbulb’ and not have to worry about filling in the income holes to monetarily survive,” he notes.

“So in regards to Spotify, as a completely independent artist who does just about everything himself, the last thing I’m doing is bitching,’ Jordan concludes.