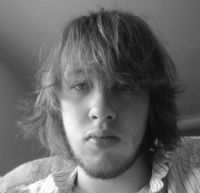 While many torrent site owners go to extreme lengths to hide their identities, others are more brazen about who they are.

Pirate Party Canada’s Travis McCrea, who holds both an American and a Canadian passport, definitely falls into the latter category.

As part of the “war for digital sovereignty,” as McCrea describes it, he has launched Tormovies, a site dedicated to providing movie torrents. A look at the site’s front page reveals that all the latest Hollywood blockbusters are showcased.

This is a bold move considering the current political climate, especially since the site is hosted in the United States. However, that’s exactly the plan according to the Pirate Party candidate.

“TorMovies.org is hosted in the United States (for now) as a stance that they can try to extradite my friends and shut down free speech but new sites, new technologies, and new people will always be right around the corner,” McCrea told TorrentFreak. 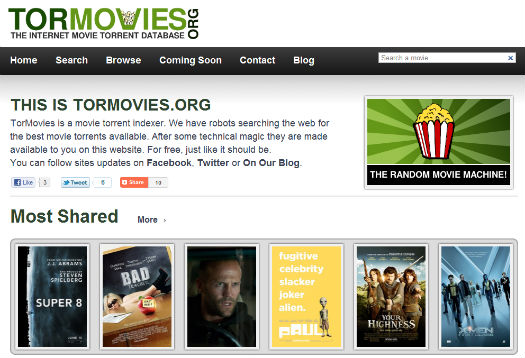 Despite its current hosting arrangement, Tormovies is unlikely to stay in the United States for long. Instead it will be hosted in a redundant setup with many servers scattered around the world as backups.

“Just because the United States hates sharing culture, doesn’t mean that we are going to back down,” McCrea explained.

“I have full intentions on not backing down and making it clear that my site is not a tool for piracy, it is a tool for discovering movies and sharing culture. It spiders the web like Google does and sometimes it finds torrent files, but the heart of our site is to showcase the art of movies.”

The plan of the Canadian Pirate Party candidate is very similar to that of his Czech counterparts who launched two movie download portals last month. Using the slogan “linking is not a crime,” the Czech Pirate Party said their initiative was a declaration of war against the local anti-piracy lobby.

How long Tormovies will last remains to be seen. There will undoubtedly be a response from various copyright holders, and it wouldn’t be the first time that a Canadian torrent site has been dragged to court. McCrea, however, believes the project is one of the many battles that has to be fought to secure people’s right to share digital information, copyrighted or not.

“We are in a war for digital sovereignty and we are patriots of this digital revolution,” he says.