Charter Argues That P2P Piracy is No Longer a Problem, Labels Disagree 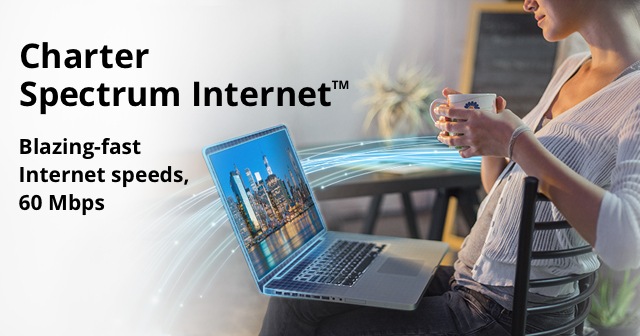 Internet provider Charter Communications is one of several companies being sued for turning a blind eye to pirating subscribers.

The cases, filed by dozens of major record labels and music companies, allege that Internet providers fail to terminate accounts of repeat infringers.

These lawsuits are serious business. In 2019, for example, a jury found Cox liable for the infringements of its customers, awarding a billion dollars in damages to several record labels. This decision was confirmed recently but will be appealed.

With the stakes this high, the lawsuit against Charter is being fought tooth and nail by both sides. The ISP has already fought back, arguing that the record label’s takedown notices were abusive and misleading. That effort failed and meanwhile, tensions remain high.

With the trial getting closer the focus has shifted on the core accusations. Over the past two weeks, that resulted in an interesting standoff over P2P piracy including BitTorrent, and whether that is still a problem for the music industry.

P2P is No Longer a Problem

The origin of this issue dates back to a hearing last year over a discovery request from Charter. The ISP requested revenue details from the music companies, with a specific interest in streaming income in recent years.

According to Charter’s attorney Erin Ranahan, this information would be relevant to determine the scale of potential damages, if the ISP is found liable. When P2P piracy is no longer a big issue, the amount could be lower from a deterrence perspective.

While making this argument, the attorney stated that P2P piracy is indeed no longer an issue. Not just that, with help from ISPs the music companies now make lots of money from streaming.

“And just to give you some background, the snippet of time in which this case involves, because of the total length in the claim period, is a time when this P2P issue was at its most pronounced. Today it’s no longer a problem,” Ranahan said.

“Today plaintiffs’ clients are making a ton of money off of the Internet streaming capabilities […]. Charter’s Internet is actually giving them a vehicle by which they make a huge amount of money.”

This argument wasn’t well-received by the music companies. While other piracy threats may be more prevalent than P2P piracy, they still see it as a major problem.

To back this up with data, the companies sent a series of new requests to Charter asking for information. They want to show that P2P piracy is still a problem and that Charter financially benefits from this infringing activity.

Among other things, Charter was asked to share extensive logs of infringement notices, internal discussions about copyright infringement, as well as monthly revenue statements linked to alleged pirates. 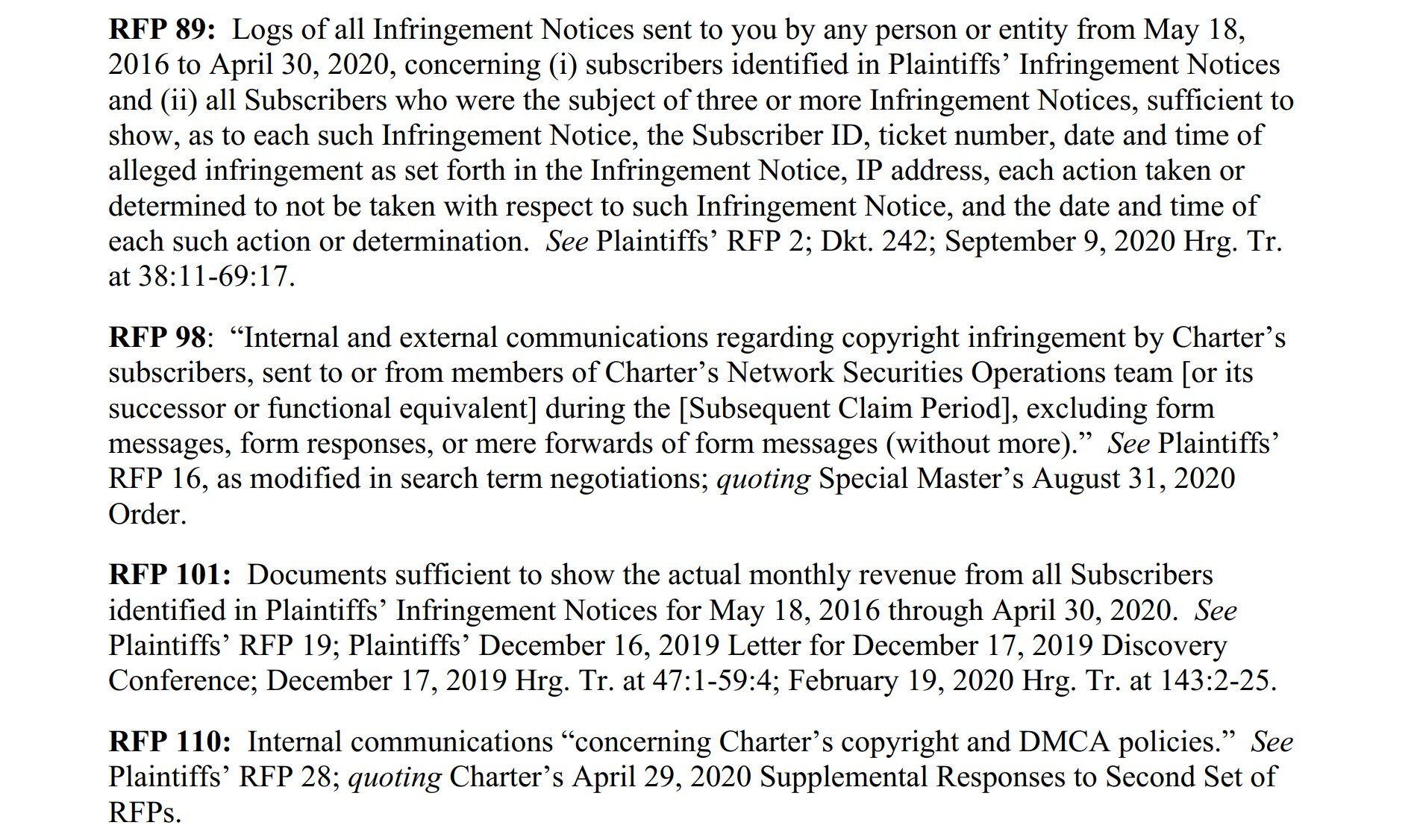 The music companies argue that they need this information to rebut Charter’s claim that P2P piracy is no longer a problem. The ISP could use this claim as a defense during the trial, they fear.

Charter refused to provide the information and pointed out that the court already denied a similar request in the past. During a hearing two weeks ago, the Special Master agreed with the ISP and denied discovery.

The record labels are not letting the issue go that easily though. This week they were back in court, objecting to the denial. They note that the current request is not related to earlier queries, but is specifically tailored to address the P2P problem comment, which is ‘new’.

“Plaintiffs should be permitted this limited discovery to rebut Charter’s argument that peer-to-peer piracy is no longer a phenomenon to which Charter contributes and which contribution must be deterred,” they argue, hoping to reverse the earlier denial.

The request was submitted a few days ago and the Colorado federal court has yet to decide whether it will reconsider its position or not.