Takedowns and monetization claims can be made by just about anyone, as long as you’re a large media company, and there’s little anyone unfairly or improperly targeted by them can do.

A lot of the problems with the system were exposed a year ago when UMG took down the Mega Song, but last week more tales of bad faith acting have come out, with the takedown by Lionsgate films of a well-regarded “poster boy” for fair use and transformative work.

The story of the Buffy vs Edward takedown is not that hard to guess, and can be read at creator Jonathan McIntosh’s site. It’s actually a story that’s a lot more common than most realize, but the major difference is the pedigree of the work. Last year it was screened for the US Copyright Office at one of the hearings on exemptions to the DMCA. It was later mentioned by name in the recommendations as an example of transformative works.

I guess the Lionsgate notification system doesn’t read recommendations from the US Copyright Office on exceptions to copyright law. 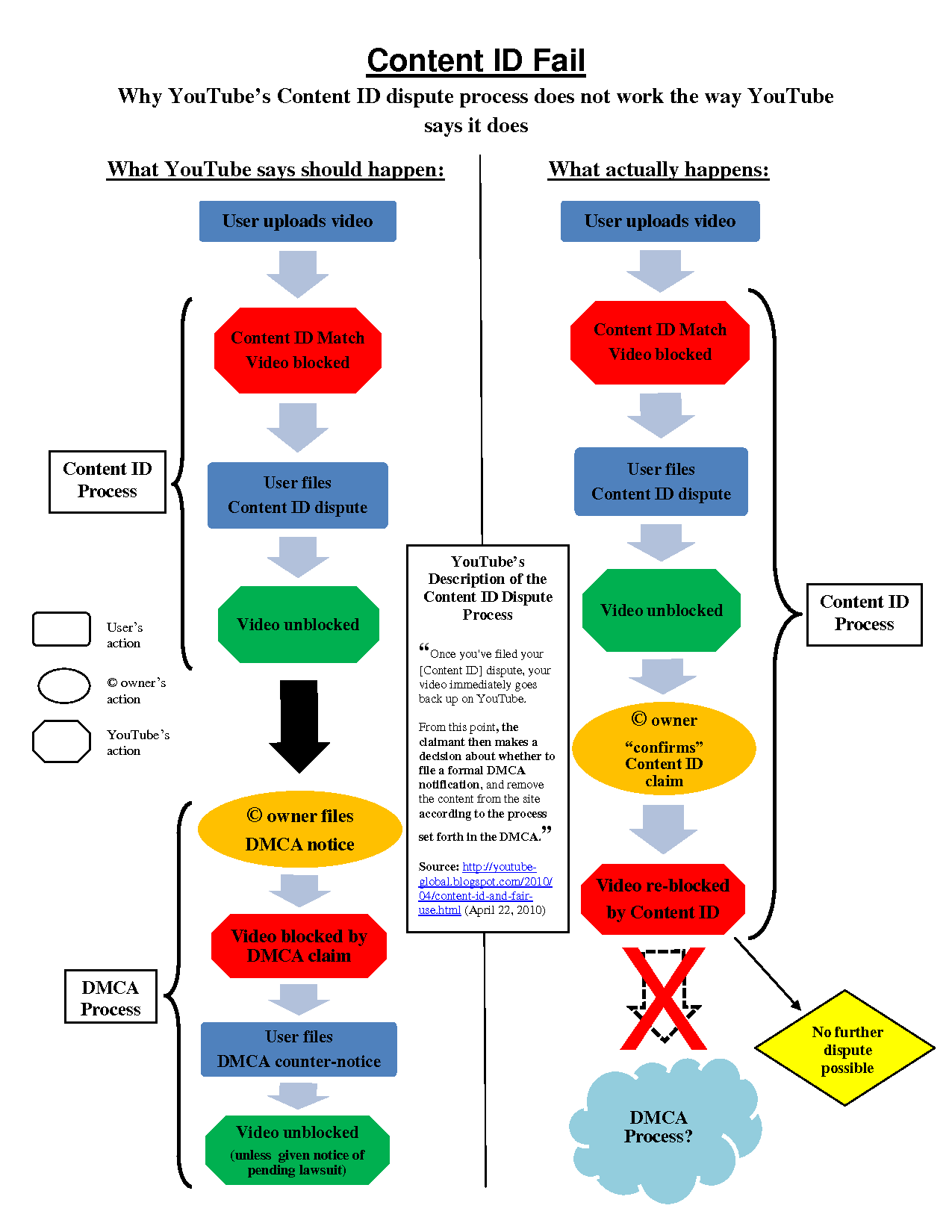 The good news is that the work was restored on the 10th, after significant work by McIntosh to prove his innocence. The problem is that until that point, for the 3 months this dragged on, he was treated as if he had been convicted of copyright infringement.

So, the video’s back up, and the ‘strike’ against McIntosh’s YouTube account has been wiped, so everything’s good, right? No.

McIntosh had to undertake significant work to prove his innocence, and the person he had to prove it to was the accuser. An accuser who faced no sanctions for wrong calls, for false claims, or for acting in bad faith. For all this, causing all these issues, requiring all this work just to return things to how they were, and for acting in disregard for the law, Lionsgate faces NO penalty.

It’s not a new problem, or a just-broken thing, or even restricted to YouTube. To date not a single false claim has ever faced any sort of penalty, despite the DMCA specifying that claims are made ‘under penalty of perjury’, a statement claim often falsely made.

Meanwhile, a lawsuit (Lenz v. Universal)  has been dragging through US courts for five years now, over the exact same issues raised by McIntosh. One of the recommendations from that case (so far) is that accusers should take into account fair use before issuing a takedown, but that is not a requirement. Nor is it possible for automated tools – the current vogue – to do that.

It’s a problem that’s going to get worse.

Friday, we detailed Verizon’s efforts in the private six-strikes scheme. The only way you can contest the accusations is to pay to have the case heard by a private arbitration company, hired by… the ISP.

The similarities are that there are no effective checks on the validity of the claims, they are just processed as valid. If there is a finding that the claim was invalid (good luck getting that, as arbitration companies are not known for their even-handedness) there are no penalties for a false or incorrect claim for the accusors.

If the system were flipped on its head; copyright claims made by rights holders had to be approved by the people they claim have infringed, with no penalties for rejecting a claim, you’d expect there to be a massive outcry from the lobby groups. But when those the lobbyists represent have the ability to convict by accusation, it’s seen as ‘a good thing’?

And ultimately it will do nothing to reduce piracy, as bots are as easy to fool as they are to find false positives. If anything, the scattershot and law-ignorant approach may increase piracy by increasing people’s contempt for copyright law. Already we’ve seen other countries look at abandoning systems that haven’t performed as well as their supporters envisaged.

But until then, it’s Guilt by Accusation, or as it was historically known, Witch Trials.