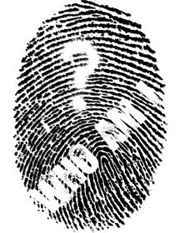 Watermarking has traditionally been used to describe a relatively ancient method of introducing patterns or information into paper. These markings are often applied to items of value, such as banknotes or certificates, in order to make the counterfeiting process more difficult.

In recent years ‘watermarking’ has been expanded into the digital domain. All kinds of digital media can be quietly marked in order to identify the origins of the content, which has proven particularly useful with the ‘dots’ to be found in Hollywood movies. By tracking these marks within pirate copies of movies, studios are able to identify which theater they were ‘cammed’ in.

Digital watermarks can also provide much more person-specific information. Vendors of digital data, such as MP3 retailers, sometimes put watermarks into the media they sell in order to identify the original purchaser. The idea is that if people believe they can be identified as a ‘leaker’, then they are more likely to keep their content close to their chests.

Of course, despite the presence of watermarks, content still manages to leak online. However, the digital watermarks in consumer purchases rarely directly identify the original purchaser of the content, meaning that anti-piracy companies have to go through other processes to get their man. A cozy arrangement in the Netherlands tackles this problem with ease.

So far the process isn’t much out of the ordinary, but the new deal will also bridge the missing link between random-looking transaction numbers in a digital file on the Internet and a real person’s identity.

The agreement will see vendors connected to the eBoekhuis platform share previously-private customer data directly with copyright holders and anti-piracy group BREIN. This means that should digital books turn up on BitTorrent networks or Usenet for example, with a minimum of fuss BREIN will be able to match the embedded watermarks with the customer who bought them.

According to the document seen by EReaders.nl, eBook vendors will be required to store customer transaction data and make it available to BREIN and rightsholders for a minimum of two years.

The problematic sharing of customer information with a third-party (who could potentially sue them) will be solved by informing customers at the point of sale that their details may be shared with outsiders if their account is linked to abuse.

Whether customers will read the terms and conditions is open to debate, but if brought specifically and clearly to their attention it’s likely that many would think twice before parting with cash.