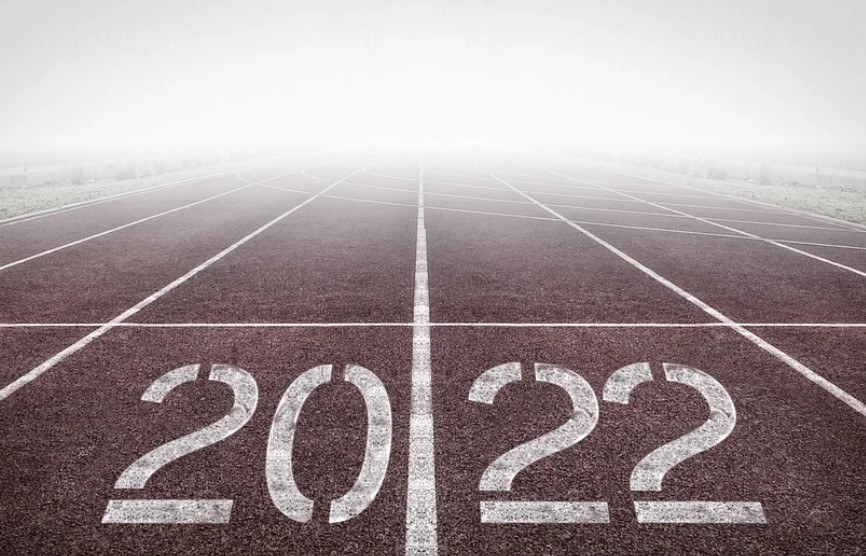 With the empty bottles of sparkling liquid still on the table, TorrentFreak plans to tread into uncharted waters today.

We don’t make predictions every year, but when we do, they usually take a while to come true. For example, the “Pirate Coin” we envisioned in 2018 took more than three years to arrive. Sort of.

That said, it never hurts to let imaginations run wild for a while, so here’s what we’ve come up with this year. Needless to say, a pinch of salt is in order.

The Pirate Bay Sells Its Logo as an NFT

NFTs were all the rage last year and the months to come will offer plenty of opportunities to grab some free cash. That should be music to the ears of The Pirate Bay crew, while they are still working out what to do with their token.

Over the past two decades, The Pirate Bay has been the shining example of an early blockchain adopter, so NFTs would fit right in. Especially when they request payment in their own TPB token. The first offering will be an NFT for the iconic Pirate Bay logo, which will sell for roughly $19,229.

This NFT will come with several perks, including VIP uploader status and a counterfeit passport of the micronation Sealand. Soon after, all archived TPB doodles will be sold as NFTs as well.

These images that are tied to these NFTs will of course be shared freely on The Pirate Bay and elsewhere. The buyers can be assured though, no matter how many people copy the images, they still hold the unique NFT rights.

This year we expect to add an electricity supplier to this list. The multi-billion-dollar energy industry profits from nearly all aspects of the piracy ecosystem. And they have never disconnected a single client for copyright infringement.

The problem starts with the pirate suppliers, including scene groups. When they crack or rip content they always use electricity, and the same electricity is used to power the servers of their topsites.

Once the pirated music and movies make their way to public pirate sites – which are powered by energy – millions of people use electricity to illegally stream or download the pirated files. Despite this obvious connection, power companies are all turning a blind eye to this massive infringement.

The success of Disney+, HBO Max, and other streaming services has inspired the movie industry to launch more ‘niche’ products for film fans. Disney is the first to start with Marvel+, which will air Marvel-themed movies and TV series six weeks before they land on Disney+. A combined subscription to both services is available at a discount.

Netflix soon realizes the potential of branching out. The streaming platform will move all of its exclusive content to Netflix Xtra in the summer of 2022.

This new service will host all Netflix originals, which will only be available for three months after their premiere on the regular Netflix platform.

Toward the end of 2022 independent film companies will jump on board. Millennium Films will take their Olympus/London/Angel “Has Fallen” series of all streaming services to launch HasFallen+. A lifetime subscription sells for $49 and comes with three movie posters and a sticker pack.

Guess what this has to do with piracy…

Copyright holders have managed to get pirate sites blocked in dozens of countries and this trend is not going to stop. However, simply blocking existing domain names and IP-addresses is not longer sufficient.

The next move is obviously to block domain names before they exist. This will ensure that 123movies, The Pirate Bay, or any random torrent site can’t simply move to a new domain to evade the blockade.

The High Court in Delhi, India, is the first to acknowledge this hydra monster threat. It therefore agrees to a prophylactic ‘wildcard’ order that blocks all domain names that include 123movies, tamilrockers, piratebay, and IPTV.

After two weeks the order is revised after several complaints from legitimate domains that use the word torrent, including TorrentFreak and the Spanish city Torrent. The High Court unblocks these domains and instates a complaint board to deal with similar problems going forward.

Piracy is a massive problem for live sporting events. Regular takedown notices need to be processed in near-real time to be effective. In 2021, sports organizers’ concerns were backed by the EU, which proposed a maximum takedown window of 30 minutes.

These enforcement options are welcome but they’re not enough. To frustrate pirates even further, the Premier League will decide to buy itself some more time. At the start of the 22/23 season, all matches will have two Video Anti-Piracy Restriction (VAPR) time-outs.

These VAPR time-outs are essentially five-minute breaks that will buy anti-piracy specialists some extra time to take down infringing streams. To fill these gaps, TV viewers will be entertained with advertisements, while people in the stadium can get some drinks and snacks.