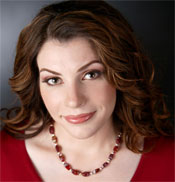 This year we’ve reported on several book authors who embraced the Internet, and BitTorrent in particular. Having pirated copies of their books listed on BitTorrent sites such as The Pirate Bay is considered to be an honor to some. They use it as a promotional tool, and actually sell more books because of it.

One of the prime examples is best-selling author Paulo Coelho, who said he sold thousands of extra books because he pirated his own books. “Sharing is part of the human condition. A person who does not share is not only selfish, but bitter and alone,” Coelho told TorrentFreak in a follow up interview, explaining why he decided to share his books for free.

Responses to unauthorized filesharing vary. Those that have embraced it have seen dividends. Others fight it and throw tantrums, or use it as an excuse. A prime example of the last category has emerged, in the form of author Stephanie Meyer. Meyer, best known for her recent hits based around vampires, caters to the ‘young adult’ market re-popularized by the Harry Potter books.

In what seems like an echo of what happened to Potter author Rowling, Meyer’s latest book, Midnight Sun, has leaked online. Not the entire book, but a major part of the first draft, comprising the first 12 chapters.Â Meyer says the source is known to her. In a statement on her website, she says

“I have a good idea of how the leak happened as there were very few copies of Midnight Sun that left my possession and each was unique. Due to little changes I made to the manuscript at different times, I can tell when each left my possession and to whom it was given. The manuscript that was illegally distributed on the Internet was given to trusted individuals for a good purpose. I have no comment beyond that as I believe that there was no malicious intent with the initial distribution.”

Instead of rolling with it, working on reader feedback, and moving on and forward, Meyer is ‘throwing in the towel’ on the book for now, putting it “on hold indefinitely”. However, as was reminiscent of the buckcherry debacle, it smells of contrived events. A June update to her site said that she was working on it, partly due to fan pressure.

A leak that makes her so frustrated to want to write the book in the opposite way from intended, shouldn’t at the same time leave her ambivalent to the personÂ andÂ actions that caused it. It certainly shouldn’t leave her attacking her fans with statements such as:

“Just because someone buys a book or movie or song, or gets a download off the Internet, doesn’t mean that they own the right to reproduce and distribute it. Unfortunately, with the Internet, it is easy for people to obtain and share items that do not legally belong to them. No matter how this is done, it is still dishonest. This has been a very upsetting experience for me, but I hope it will at least leave my fans with a better understanding of copyright and the importance of artistic control.”

Yet again, P2P is blamed for ‘ruining’ something, and this will no doubt be added to the big list of ‘reasons filesharing should be dealt with more harshly’ that the governments of the world get hit around the head with (paid/lobbied/bribed).