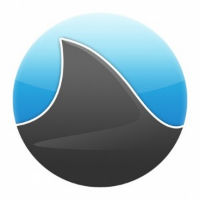 Throughout Grooveshark’s history the company has come to rely on the Digital Millennium Copyright Act. As a site that largely relies on users to upload content, the protections provided by the DMCA allow the company to operate without being held liable for the infringements of others.

While that’s certainly the theory, those protections are only available if strict patterns of behavior are adhered to and many conditions are met. It’s an area that has seen Grooveshark and parent company Escape Media face a string of lawsuits in recent years.

In response to a case involving Capitol Records and the company’s responsibilities in dealing with repeat infringers, Grooveshark has just published some interesting amendments to its anti-piracy policy.

“The requirements for hosting digital music evolve with every new court ruling and we regularly update our policies to remain compliant. Therefore, we are implementing the following changes until the final outcome of this case, including our expected appeal,” the company explains.

Interestingly the first change sees Grooveshark shifting from a “one strike” policy to a now familiar “three strikes” arrangement. This will see Grooveshark terminating user accounts on the third offense “in order to make sure no repeat infringers can ‘slip through the cracks’.”

In the Capitol case the Court noted that while Grooveshark keeps records of all processed DMCA takedown complaints and associated users, it does not keep an “independent record” of repeat infringers.

“Escape does not try to identify repeat infringers and fails to keep
records that would allow it to do so,” the judge said.

Grooveshark says it is now dealing with that criticism.

“In an era of simple database queries this new requirement may be redundant, but we will now create an additional independent record of repeat infringers from our existing databases, until our appeal clarifies this issue for Grooveshark and other hosting services committed to complying with the DMCA,” the company writes.

While Grooveshark does takedown content quickly when asked (TorrentFreak was informed just this week that an independent artist had no issues having his music removed from the service), the company says it will now go even further.

“We will provide a pre-screening tool for rights-holders that provides immediate access to compare uploaded files on our servers that aren’t even yet available for end-user streaming with content owned by the rights-holder,” Grooveshark explains.

While no further details have been provided at this stage, on the surface this appears to be a step towards a YouTube-like Content ID system. Just how automated the system will be remains to be seen, but in some respects it appears that Grooveshark is actually prepared to go a step further.

In addition to removing content that matches rightsholder content (possibly by comparing fingerprint data), Grooveshark will proactively suggest additional content that it believes may also be prime for deletion.

“When a rights-holder provides a single file URL to the tool, they will receive a list of other files on our servers that have been found to be digitally different, but contain similar metadata,” the company explains.

In conclusion Grooveshark says that it hopes that its anti-piracy policies now go “well beyond” the standard required by the court, something which will allow the company to expand.

“Our goal remains to license every bit of audio content ever created, with ongoing commitment to operate a service that complies with the DMCA and all legal requirements as standards for hosting providers continue to evolve,” Grooveshark concludes.

But even as the company looks forward it still has massive legal issues to deal with. As reported by Billboard, Judge Alison Nathan of the U.S. District Court, Southern District of New York has just granted EMI Music’s motion for summary judgment in its copyright infringement case against Grooveshark parent Escape Media.

The case, which concerns more than 2,800 copyrighted tracks, exposes Escape Media to potential damages of $420 million. A conference on damages will now take place early May and Grooveshark will be able to appeal any judgment.