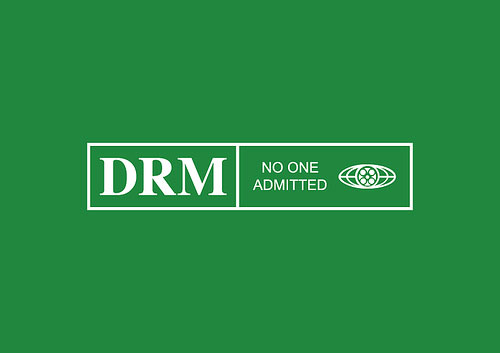 For creators of intellectual property, from movies, TV shows and software, through to the devices that allow them to be played, Digital Rights Management (DRM) is essential to control access to those products.

Proponents argue that without the digital locks of DRM, rampant copying of their content and designs would ensue, reducing revenues and threatening the very business models that bring these products to market.

On the flip side, DRM is seen as a huge hindrance by many consumers, particularly when its existence restricts, as it always does, what legitimate buyers of content and devices are able to do with their purchases.

From copying a DVD or game disc for backup purposes through to a myriad of legitimate fair-use scenarios, DRM is an ever-present mesh of digital barbed wire laid down for the sole purpose of restricting freedom.

While DRM aims to be its own protection (which can also backfire), it is also supported by legislation. Circumvention is criminalized under the Digital Millennium Copyright Act and the EU Copyright Directive, meaning those that choose to undermine it can face the wrath of the legal system.

For these reasons and many others, the Free Software Foundation’s (FSF) Defective by Design (DbD) campaign has sought to draw attention to the anti-consumer effects of DRM. From its roots back in 2006, today the FSF celebrates its 12th annual International Day Against DRM, inviting supporters to protest against digital locks while envisioning a world without DRM.

“International Day Against DRM has allowed us to, year after year, empower people to rise up together and in one voice declare that DRM is harmful to everyone.”

The FSF and those who share their concerns over DRM believe that the addition of digital locks actually causes damage to a product. While offering no benefits to the consumer, DRM can fail catastrophically when those behind such systems are no longer able to maintain them, resulting in “massive digital book-burnings” when content is rendered inaccessible.

DRM also gives companies a reason and a route to spy on consumers and the use of their products. ‘Phoning home’ is commonplace, allowing media companies to conduct “large-scale surveillance” over people’s viewing habits.

For these reasons and many others, FSF has been fighting against DRM for more than a decade and today they’re calling on like-minded groups and individuals to support their mission to rid the world of DRM and return freedom to consumers. With that in mind, they have set a challenge for the day.

“This year’s theme is A Day Without DRM – the FSF invites people around the world to avoid DRM for the day,” FSF writes.

“DRM is lurking in many electronic devices we use, both online and offline, and you’ll find it everywhere from media files to vehicles. Its impact is echoed in the fight for the Right to Repair and the fight for the right to investigate the software in medical devices.” 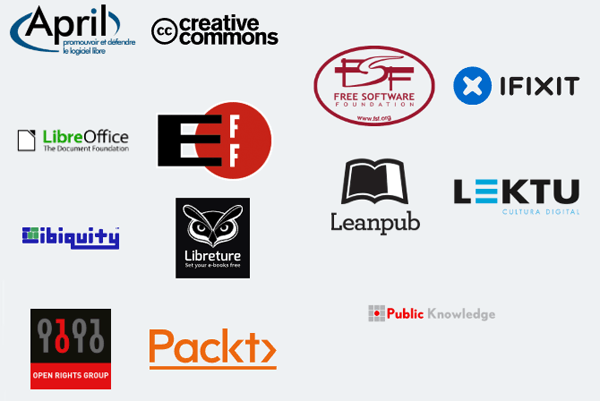 For online dwellers, going even a few hours without DRM today is likely to prove problematic, if not impossible. Users of Windows or any Apple device, for example, will find DRM baked into the system, meaning that the only option is to use DRM-free alternatives.

And if you’re thinking of enjoying your Kindle, Netflix or Spotify, DRM is part of the deal too. Even the now-infamous Kodi has joined the party, albeit in a limited way.

The main aim of the FSF however, is to raise awareness of DRM and how it negatively affects consumers.

Content with DRM is restricted by default yet by its very nature only affects legitimate purchases. Those who pirate their software, for example, are unaffected since piracy groups remove the DRM from content before release. Bizarrely, however, some pirates have even protected their work with DRM, signalling that no one is immune. There are great alternatives, however.

The International Day Against DRM campaign site can be found here. Those looking to support FSF can do so by purchasing an anti-DRM t-shirt. It was designed by Mark Lindhout, a winner in TorrentFreak’s anti-DRM competition way back in 2007. 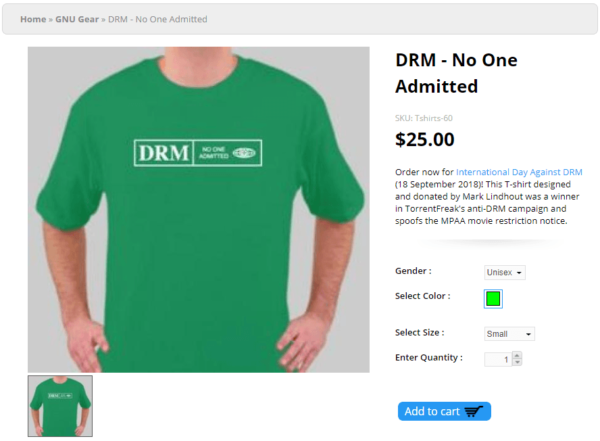