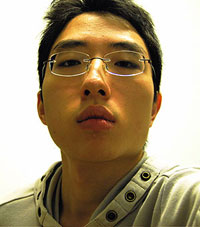 In a recent article from the Brisbane Times, Gary elaborated on the future of Isohunt and P2P media distribution in general, stating:

“BitTorrent really helps make content distribution cheaper and faster. The natural progression, as we’ve seen with YouTube and MySpace, is a lot more media distribution is going to be done online, and that’s going to converge with the client and P2P technologies.”

Gary further pinpoints that content owners should embrace P2P, instead of fighting it. One day he hopes to offer “premium” torrents to his users, uploaded and approved by the MPAA and friends. By making high quality files available for a decent price, and without restrictions such as DRM, a lot of people will go for the legal alternative instead of the pirated copies.

Personally, I agree with Gary that content owners should be more open to P2P solutions. A good balance between price on the one hand, and availability and quality (no-DRM) on the other, could really compete with pirated movies. However, there’s still a long way to go. BitTorrent Inc. is currently offering paid BitTorrent downloads, but so far they didn’t convince the content owners to do this without DRM, for a decent price (except their $0.99 promotional offers).

Revenue wise, Isohunt is not doing badly at the moment, even without paid downloads. Gary said that he earns a decent living, even though he pays $6000 each month for hosting, and an estimated $22,000 in legal fees. The legal fees are of course related to the lawsuits initiated by the MPAA. Gary is still awaiting the court’s decision in this case, but he is confident that it will be a victory for Isohunt. In his view Isohunt is just another search engine like Google and Yahoo.