The music industry is convinced. Downloading music from public streaming services, YouTube in particular, is the greatest piracy threat to the industry.

The RIAA and several key music labels are doing everything in their power to counter this menace. They’ve sued several YouTube download sites, removed streamripper URLs from search engines, and most recently they targeted the open-source tool youtube-dl as well.

The last move was a step too far for many. It triggered outrage among developers, the public at large, and GitHub which later reversed its decision. While the youtube-dl saga was unfolding another developer had already started his own legal battle against the RIAA.

In a defensive legal move, Yout.com operator Johnathan Nader sued the RIAA. Yout is a stream-ripper that doesn’t store any files on its servers. Through the lawsuit, its operator asked a Connecticut district court to declare that the site does not violate the DMCA’s anti-circumvention provision.

“Such a judicial determination and declaration is necessary to protect Yout from the Defendants’ DMCA Notices, which are causing Yout injury by, among other things, damaging its goodwill and disrupting its business,” Yout’s legal team wrote.

The RIAA clearly disagreed and asked the court to dismiss the lawsuit. This request is still pending and the court scheduled a hearing on the matter which is set to take place later this week.

The outcome of the RIAA lawsuit will be important for Yout’s future, but it’s not the only music industry challenge the site faces.

Yout’s operator told TorrentFreak that his site was recently blocked in Spain as well. Nader is no stranger to blocking orders. He successfully contested one in Brazil earlier this year. However, the Spanish blockade is somewhat of a mystery.

It wasn’t easy to find a public record of the blockade. The RIAA mentioned it in its motion to dismiss but, despite going through three lawyers in Spain, Yout’s operator failed to track down the ruling.

The U.S. lawyers of Yout eventually decided to reach out to the RIAA, which shared the ‘mysterious’ court order. The blockade, which also targets several other stream-rippers, was ordered by a court in Barcelona following a complaint from the anti-piracy group AGEDI. 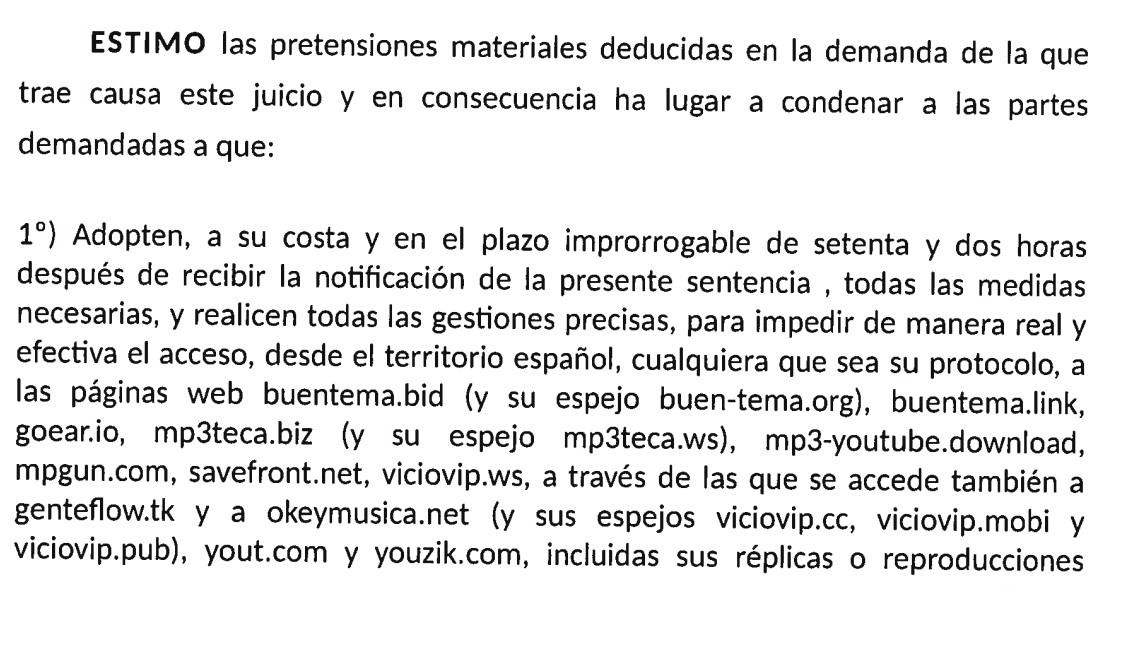 Nader says he forwarded the legal paperwork to his lawyer in Spain, hoping that the ISP blockade can be contested. The same applies to a site-blocking order in Peru that came without prior warning.

Meanwhile, pressure is mounting in Brazil as well. The Public Prosecutor’s Office previously requested an ISP blockade following a complaint from the Brazilian music group APDIF. This request was initially granted by the court.

When Yout’s operator found out he hired a legal team that managed to get the blocking order lifted, as it wasn’t properly backed by a criminal indictment. However, this might change again.

Late last month the authorities scheduled a new hearing as part of a criminal investigation into Yout.com’s activities. As part of this proceeding, the prosecution office in São Paulo would like to interrogate Nader, who remains a suspect.

“Having never been to Brazil, I just got summoned by the Brazilian government’s public prosecutor office,” Nader comments on Twitter.

“They are running a criminal investigation against me. And now I understand why Wikipedia says there are 120+ definitions for life, since life is a process, not a substance.”

Needless to say, Yout’s operator is in a tough position. With this many legal issues at play, it’s an understatement to say that Yout’s future is uncertain.