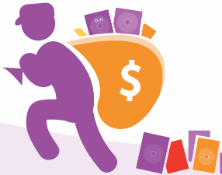 Yesterday the Digital Citizens Alliance released a new report that looks into the business models of “shadowy” file-storage sites.

Titled “Behind The Cyberlocker Door: A Report How Shadowy Cyberlockers Use Credit Card Companies to Make Millions,” the report attempts to detail the activities of some of the world’s most-visited hosting sites.

While it’s certainly an interesting read, the NetNames study provides a few surprises, not least the decision to include New Zealand-based cloud storage site Mega.co.nz. There can be no doubt that there are domains of dubious standing detailed in the report, but the inclusion of Mega stands out as especially odd.

Mega was without doubt the most-scrutinized file-hosting startup in history and as a result has had to comply fully with every detail of the law. And, unlike some of the other sites listed in the report, Mega isn’t hiding away behind shell companies and other obfuscation methods. It also complies fully with all takedown requests, to the point that it even took down its founder’s music, albeit following an erroneous request.

With these thoughts in mind, TorrentFreak alerted Mega to the report and asked how its inclusion amid the terminology used has been received at the company.

“Mega is a privacy company that provides end-to-end encrypted cloud storage controlled by the customer. Mega totally refutes that it is a cyberlocker business as that term is defined and discussed in the report prepared by NetNames for the Digital Citizens Alliance.”

Gaylard also strongly refutes the implication in the report that as a “cyberlocker”, Mega is engaged in activities often associated with such sites.

“Mega is not a haven for piracy, does not distribute malware, and definitely does not engage in illegal activities,” Gaylard says. “Mega is running a legitimate business alongside other cloud storage providers in a highly competitive market.”

The Mega CEO told us that one of the perplexing things about the report is that none of the criteria set out by the report for “shadowy” sites is satisfied by Mega, yet the decision was still taken to include it.

One of the key issues is, of course, the existence of infringing content. All user-uploaded sites suffer from that problem, from YouTube to Facebook to Mega and thousands of sites in between. But, as Gaylard points out, it’s the way those sites handle the issue that counts.

“We are vigorous in complying with best practice legal take-down policies and do so very quickly. The reality though is that we receive a very low number of take-down requests because our aim is to have people use our services for privacy and security, not for sharing infringing content,” he explains.

“Mega acts very quickly to process any take-down requests in accordance with its Terms of Service and consistent with the requirements of the USA Digital Millennium Copyright Act (DMCA) process, the European Union Directive 2000/31/EC and New Zealand’s Copyright Act process. Mega operates with a very low rate of take-down requests; less than 0.1% of all files Mega stores.”

One of the other “rogue site” characteristics as outlined in the report is the existence of affiliate schemes designed to incentivize the uploading and sharing of infringing content. In respect of Mega, Gaylard rejects that assertion entirely.

“Mega’s affiliate program does not reward uploaders. There is no revenue sharing or credit for downloads or Pro purchases made by downloaders. The affiliate code cannot be embedded in a download link. It is designed to reward genuine referrers and the developers of apps who make our cloud storage platform more attractive,” he notes.

As detailed in many earlier reports (1,2,3), over the past few years PayPal has worked hard to seriously cut down on the business it conducts with companies in the file-sharing space.

Companies, Mega included, now have to obtain pre-approval from the payment processor in order to use its services. The suggestion in the report is that large “shadowy” sites aren’t able to use PayPal due to its strict acceptance criteria. Mega, however, has a good relationship with PayPal.

“Mega has been accepted by PayPal because we were able to show that we are a legitimate cloud storage site. Mega has a productive and respected relationship with PayPal, demonstrating the validity of Mega’s business,” Gaylard says.

Public apology and retraction – or else

Gaylard says that these are just some of the points that Mega finds unacceptable in the report. The CEO adds that at no point was the company contacted by NetNames or Digital Citizens Alliance for its input.

“It is unacceptable and disappointing that supposedly reputable organizations such as Digital Citizens and NetNames should see fit to attack Mega when it provides the user end to end encryption, security and privacy. They should be promoting efforts to make the Internet a safer and more trusted place. Protecting people’s privacy. That is Mega’s mission,” Gaylard says.

“We are requesting that Digital Citizens Alliance withdraw Mega from that report entirely and issue a public apology. If they do not then we will take further action,” he concludes.

TorrentFreak asked NetNames to comment on Mega’s displeasure and asked the company if it stands by its assertion that Mega is a “shadowy” cyberlocker. We received a response (although not directly to our questions) from David Price, NetNames’ head of piracy analysis.

“The NetNames report into cyberlocker operation is based on information taken from the websites of the thirty cyberlockers used for the research and our own investigation of this area, based on more than a decade of experience producing respected analysis exploring digital piracy and online distribution,” Price said.

That doesn’t sound like a retraction or an apology, so this developing dispute may have a way to go.