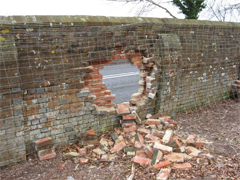 When copyright holders observe an IP address sharing unauthorized content in a BitTorrent swarm, they need to match that IP address to a real-life name and physical address if they want to take things any further.

Since there are no online resources that can reliably supply that information, copyright lawsuits – especially those aimed at extracting a cash settlement from a target – are often filed against ‘John Doe’ defendants. As such cases progress, rightsholders can request permission to obtain personal details from ISPs, which judges may agree to – or not.

However, while putting these matters before a judge is one option, another route exists. It requires no reasoned consideration by a judge as to whether such disclosure is the appropriate course of action because it bypasses the judge completely.

So-called DMCA subpoenas are regularly used by anti-piracy groups in order to obtain the personal details of those who operate pirate sites and services. Typically they are filed against companies such as Cloudflare and Namecheap, who are then required to hand over their customers’ details.

In the majority of US lawsuits against regular internet users, the discovery process is used to identify alleged infringers but every now and again, the DMCA subpoena route is taken. This not only avoids most of the costs but also limits the chance of a judge getting in the way.

In the early 2000s when the RIAA launched its infamous “sue-em-all” campaign, it also took this route but after ISP pushback the practice appeared to be outlawed, at least against “mere conduit” providers. But of course, the status quo is there to be challenged so over time and with support from new case law, some copyright holders have tested the DMCA subpoena route again, and not without success.

CenturyLink Customers Set To Be Exposed

Voltage Pictures, Millenium Funding, and LHF Productions regularly appear in our reporting due to their litigious nature. They have sued (and settled with) torrent sites such as YTS and gone after VPN providers. They have also filed hundreds of cases against users in the US and Canada, and are currently trying their hand in the UK.

In an application filed last week in a Colorado court, LHF, Millennium, Voltage and Killing Link, requested a DMCA subpoena against CenturyLink Communications, one of the largest ISPs in the United States.

It alleges that 13 of the ISP’s customers downloaded/shared several movies including London Has Fallen, Angel Has Fallen, Kill Chain, Homefront, Status Update and Ava, the movie at the center of a related settlement campaign against alleged pirates in the UK.

“The subpoena shall authorize and order the service provider receiving the notification and the subpoena to expeditiously disclose to the copyright owner or person authorized by the copyright owner information sufficient to identify the alleged infringer of the material described in the notification to the extent such information is available to the service provider,” the application reads.

So if the RIAA ran out of road with DMCA subpoenas, why are they are being used here?

Citing a case between the RIAA and Charter Communications from 2005, the movie companies note that the Court of Appeals for the Eighth Circuit found that section 512(h) (limits on liability for service providers) “only applies to ISPs that directly store, cache, or provide links to infringing material” and that decision turned on the conclusion that DMCA notifications described in subsection (c)(3)(A) could not be applied to an ISP that acts as a conduit.

That does not put CenturyLink in the clear, they add.

“The Tenth Circuit has not yet concluded whether 512(h) applies to ISPs that function as a conduit for infringing material. However, the Fourth Circuit recently concluded that notifications similar to those described in subsection (c)(3)(A) were sufficient to trigger an ISP’s loss of the DMCA safe harbor,” they write, citing a ‘repeat infringer’ lawsuit filed by BMG against Cox Communications.

“Accordingly, Owner respectfully submits that the Tenth Circuit would likely conclude that 512(h) does also apply to ISPs that directly store, cache, or provide links to infringing material,” the application states, with a reminder a judge isn’t needed to issue the subpoena.

The application was filed on January 18 and one day later, the clerk signed and then issued the subpoena against CenturyLink Communications (dba Lumen Technologies Group). This means that the ISP will be required to hand over the alleged pirates’ personal details. The big question is what happens next.

Documents filed with the court indicate alleged infringements dating from January 1, 2020, through January 16, 2021, so it can be assumed that CenturyLink can tie these to an account holder. Should the ISP hand these details over, the movie companies can do whatever they like with them, providing the purpose is for “protecting the rights granted to the copyright owner.”

That could mean a settlement letter in the post or a full lawsuit aimed at achieving the same. However, given the track records of these companies acting together in far more complex cases against pirate apps (Showbox for example) and other online services, it’s possible there is something else these customers can do to assist in another case, perhaps in lieu of being sued.

A Tangled Web of the Same Companies & People

Finally, it’s interesting to see some familiar names cropping up in various parts of this action. It’s certainly no surprise to see attorney Kerry Culpepper making an appearance as he has done in many similar cases. But there are others too that demonstrate the interconnected nature of anti-piracy litigation across continents.

Copies of infringement notices sent to CenturyLink complaining about their customers’ behavior were sent by Copyright Management Services (CMS) in the UK whose former CEO was Patrick Achache, who also the COO of notorious piracy monetization outfit Guardaley. Achache is also managing director of Maverickeye, an anti-piracy tracking firm that provides evidence for the movie companies’ lawsuits and settlement campaigns.

CMS is now controlled by Lubesly Tellidua, a beauty queen from the Philippines who is also linked to Achache and Guardaley. At least one notice was sent by Anna Reiter, who also worked or works at Guardaley.

Other notices were sent to CenturyLink by Catherine Hyde, some under the heading of Copyright Management Services Ltd and others under a second company, PML Process Management Ltd of Cyprus. Hyde worked with H&B Administration LLP and TCYK LLC to extract cash payments from alleged pirates in the UK. She’s listed as working at H&B now.

Last year, H&B Administration LLP changed its name to FACT Administration LLP due to its deep connections with the Federation Against Copyright Theft. Several movie companies are also members of the LLP including Voltage Pictures, which is now running a cash settlement campaign against alleged pirates in the UK, using data provided by Maverickeye.

Former members of the LLP include Copyright Management Services, which provides the address ’43, Berkeley Square’ in its infringement notices to CenturyLink. That every anti-piracy entity (and in some cases the movie companies themselves) mentioned in this article either shares that same address or has close links to it is entirely unsurprising.

Documents relating to the subpoena application can be found here (1,2,3,4 pdf)