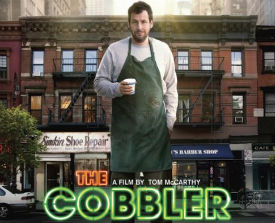 Lawsuits against alleged file-sharers are a common occurrence in United States federal courts.

Hundreds of thousands of people have been accused in recent years, most after using standard BitTorrent clients.

More recently there’s been a specific focus on Popcorn Time users, who were targeted in a series of lawsuits this summer.

One of the cases was filed by the makers of The Cobbler, who listed the IP-addresses of several Popcorn Time users in their complaint. The goal of the filmmakers is to identify the account holders and settle the dispute out of court, which some have already done.

However, not all of the accused are cooperating.

In a new filing submitted this week (pdf) the movie studio explains that while they have already settled with five Popcorn Time users, four Comcast subscribers failed to respond to their inquiries.

“Four of the subscribers have refused to respond to plaintiff’s letters and plaintiff is without means to obtain voluntary cooperation with its investigation to identify whom may have used their Internet Service to infringe plaintiff’s rights,” the studio writes.

Instead of naming the account holders as defendants, the filmmakers say they would rather depose the subscribers first to ask face-to-face if they can pinpoint the true Popcorn Time pirates.

“While the named subscriber is often the proper defendant, plaintiff wishes to ensure that investigations are complete and proper and submits that in this matter something beyond the mere identification of a subscriber by an ISP is proper before a defendant is named,” the company explains.

Through a testimony under oath the movie studio hopes to identify the real culprits so they can be named in the lawsuit. The depositions can take place at a location the account holders’ lawyers determine and should take no longer than two hours.

The movie studio’s request was granted a day after it was submitted, which means that the depositions will now go ahead.

In the accompanying subpoena (pdf) the subscribers are ordered to identify all persons who had access to the Comcast connections in question. In addition, they must bring along copies of any copyright infringement notices they’ve received.

While the movie studio states that the depositions should help to track down the offenders, more critical observers may note that they’re also an optimal tool to pressure ISP subscribers who choose to ignore settlement requests and other threats.

Depositions in these type of file-sharing cases are relatively rare and not all courts are eager to grant them. A few weeks ago a Washington District Court rejected a similar request noting that it may be used as a threat just to get subscribers to settle.