MPAA President to be Thrown Out

Glickman, head honcho at the Motion Picture Association of America (MPAA), is in an unenviable position. As head of the MPAA he helped lead the organization into a crusade against millions of people around the world, pushing strategies which can, and often were described as draconian.

Glickman’s departure comes as many see current MPAA tactics starting to backfire. In the important teen and twenties demographics the MPAA’s messages are not getting through, and in many cases are driving resentment against them. The negative PR generated by The Pirate Bay case, initiated after intense pressure was put on the Swedish government by the MPAA (via the White House) has also worked against them, as have various pushes globally to get ISPs to agree to a 3-strikes (or ‘graduated response’) policy. Others claim that Glickman’s leadership has been lackluster, his public speaking gigs ‘bad’ and ‘boring’, and hint that the short contract extension is because of this. 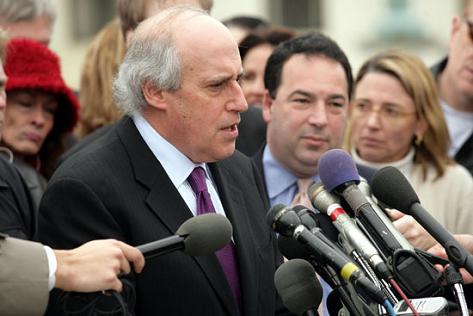 Of course, there is also precedent for the head of the MPAA being let go after embarrassing or damaging public relations activities. Glickman’s predecessor, Valenti, retired not long after a showdown between the MPAA and studios over an MPAA screener ban in late 2003. In that case the MPAA backed down after a court injunction went against them, and before a massively damaging antitrust lawsuit could be brought.

In the last few years, the MPAA has become the source of much derision. In choosing a successor for Glickman, the selectors will have to look hard to find someone able to bring the industry into the 21st century (or even the latter half of the 20th) and recapture the trust and credibility of the general populace. Meanwhile, to Glickman, we utter the words made famous by MPAA member NBC, “You’re Fired!”