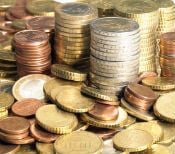 Once again showing the lack of foresight, the Canadian Copyright Board approved new fees for live events.

These fees, paid to collection group RE:Sound, will be in addition to those already paid to SOCAN (the Society of Composers, Authors and Music Publishers of Canada), and on top of the fees Canadians already pay when buying blank media.

In their decision, the CCB said:

“The use of recorded music is popular at sporting events, concert performances, festivals and fairs, parades, circuses and many other types of public entertainment. Authors of this music have been paid royalties for decades; performers and makers of sound recordings have yet to receive any compensation in this respect.”

The new tariffs target things like Karaoke bars (between $86.06 and $124/year based on days of operation), and parades ($4.39 per float per day, with a $32.55 minimum). Meanwhile weddings and conventions will have to pay per day (starting at $9.25), depending on the number of attendees.

Adding to the strong money-grab vibe, is the fees doubling if there’s dancing there. And while reporting for these events is typically on the honour system, like the Spanish SGAE, they have a team of licensing professionals (aka salesmen)

“Recorded music is a vital part of the business model for many live events,” said Martin Gangnier, Re:Sound’s Director of Licensing said in a press release, “and, indeed, it is impossible to imagine a fashion show, festival, parade or karaoke bar without music.” Perhaps because without music the last two would more be accurately termed ‘Marches’ and ‘bars’.

He also noted that the record companies would be one of the main recipients of these fees “to which they are entitled”, while artists would only get money if they were members of one of the member organisations (but money will be collected on their works still).

It’s only the latest in a series of ways to try and keep the income stream to the major labels going devised by collection societies, which has also included proposals to charge truck drivers to pay tariffs to listen to their radios, billing ISP’s in case subscribers play music, and claiming royalties for bathroom fittings. And as a last resort, there’s always bribery (although we’re not suggesting it in this case)