Seattle-based Getty Images is an American agency controlling an archive of dozens of millions of stock images. After paying the company an appropriate fee, customers are given the right to use Getty’s images in their own publications.

Like many copyright holders, Getty is extremely aggressive in protecting its rights. The company scans the web in search of instances where people have used its images without obtaining an appropriate license and pursues the alleged infringer for money.

What follows is a typical copyright-troll operation. Those supposedly using content without permission receive a scary letter from Getty agents warning that all kinds of terrible things might happen if Getty decides to take the case to court. All this can be avoided, however, if the supposed image pirate pays a cash settlement.

One such letter was received in December 2015 by the This is America! Foundation, a non-profit set up by Carol Highsmith, a long-established US-based photographer.

Penned by a company calling itself License Compliance Services (LCS) on behalf of Getty-affiliated Alamy, the letter got straight to the point.

“We have seen that an image or image(s) represented by Alamy has been used for online use by your company. According to Alamy’s records your company doesn’t have a valid license for use of the image(s),” the letter began. 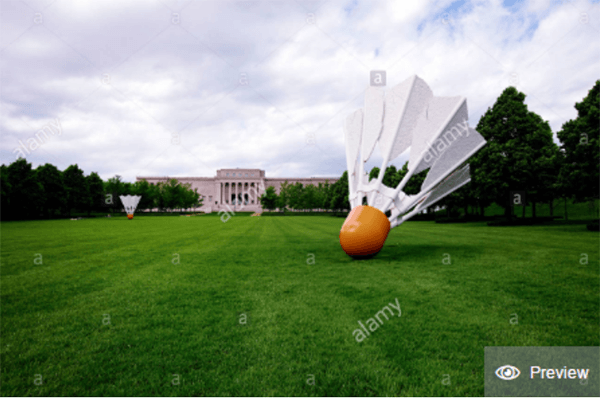 “Although this infringement might have been unintentional, use of an image without a valid license is considered copyright infringement in violation of the Copyright Act, Title 17, United States Code. This copyright law entitles Alamy to seek compensation for any license infringement.”

The company demanded $120 to settle the dispute, which admittedly isn’t a huge amount. However, the case contained a series of devastating flaws, not least that the photograph in question was taken by Carol Highsmith herself. But it gets worse.

During a near half-hour telephone conversation with LCS, Highsmith began by explaining that she is the author of the image. However, she also revealed that she had donated this and thousands of other images to the Library of Congress and makes them available to the public to reproduce and display for free.

In the dying days of December 2015, Highsmith received confirmation from LCS that the case against her had been dropped. However, Getty and Alamy clearly hadn’t got the message. Amazingly, the companies were also making available more than 18,000 of Highsmith’s other photographs on their websites.

In some cases Getty was demanding $575 for use of just one of Highsmith’s images, despite the photographer making the content freely available to the public. Worse still, the company has also been sending out settlement demands to people who used the images legally on their websites.

“The Defendants have apparently misappropriated Ms. Highsmith’s generous gift to the American people,” the lawsuit reads.

“The Defendants are not only unlawfully charging licensing fees to people and organizations who were already authorized to reproduce and display the donated photographs for free, but are falsely and fraudulently holding themselves out as the exclusive copyright owner and threatening individuals and companies with copyright infringement lawsuits that the Defendants could not actually lawfully pursue.”

As a result, the tables are now turned, with Getty on the receiving end of a settlement demand. For using her images without permission, Highsmith says that Getty is liable for statutory damages of up to $468,875,000.

However, since Getty lost another copyright case (Morel v. Getty) within the last three years, Highsmith believes that the court has the power to treble the statutory damages. In this case up to a cool $1 billion.

Considering Getty’s holier-than-thou position when it comes to infringement, thousands will be cheering Highsmith on to victory. In the meantime, check out her work, it’s something really special.