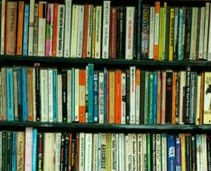 In an attempt to limit the availability of pirated content, copyright holders send millions of takedown requests to online services every week.

The effectiveness of these anti-piracy measures is often in doubt, since the pirated files usually reappear quickly elsewhere. But, according to new research they do have some effect.

Imke Reimers, an economics researcher affiliated with NBER and Northeastern University, examined the effectiveness of these takedown notices on book sales. The results, published in the working paper “The Effect of Piracy Protection in Book Publishing,” show that e-books sales increase as a result of the takedown efforts.

In her research Reimers compares sales of book titles before and after takedown notices are issued, to see the effect on book sales across different titles, genres and formats. The study is the first of its kind and reaches the conclusion that piracy protection increases e-book sales.

“This paper is the first to empirically analyze the interaction of online piracy and the legal market for books. It finds that piracy protection significantly increases regular unit sales of e-books, while the effect on physical formats is not as clear,” Reimers writes.

“E-books, the closest substitute for online piracy benefit from piracy protection by selling 15.4% more units, while there is no significant effect on other formats,” she adds.

A 15 percent increase in e-book sales is quite significant, and translates to millions of dollars in revenue across the industry. For other book formats, including hardcovers, paperback and audiobooks, no sales increase was observed.

The research controlled for a wide variety of third-party variables that could have influenced the results. Based on the current data Reimers is confident that the sales increase can indeed be attributed the takedown notices. However, she also spots differences in the impact on established and starting writers.

More specifically, piracy doesn’t appear to pose a threat to the e-book sales of starting authors and could even serve as a promotional tool.

“The effect varies by the title’s level of popularity. For well-known books and those by popular authors, online piracy mainly poses a threat to regular book sales, while authors who are just starting out could benefit from the additional platform. My results support this idea, at least for e-books,” Reimers writes.

TorrentFreak reached out to Reimers who notes that it might be a good idea for some authors to share some of their work online.

“I find no evidence that piracy protection is ‘bad’ for any books, but it seems that more obscure titles could benefit from the advertising effect of pirated versions. Some emerging authors offer their titles or excerpts of their titles for free on their websites – exactly to advertise their works. My results suggest that this might be a smart move,” she tells us.

The research is based on data from Digimarc, one of the leading piracy protection firms for the book industry. Needless to say, the company is happy to hear that their efforts indeed appear to have an effect.

“This new research strongly validates our position that Digimarc Guardian’s anti-piracy strategies provide a substantial return-on-investment for customers, in the form of increased legitimate sales and revenue,” Chris Shepard, Director of Product Management at Digimarc, informs us.

Digimarc assured TorrentFreak that they had no hand in the academic research other than providing the piracy takedown data.

The sales data used for the research comes from the leading independent e-book publisher RosettaBooks. Needless to say, they are also happy with the results.

“Rightsholders feel exposed or taken advantage of by piracy. We believe that Digimarc’s services improve our overall sales and the effect of dampened piracy greatly exceeds the cost of the service,” Greg Freed, eBook Production and Distribution Director at RosettaBooks tells TorrentFreak.

While the research indicates that takedown notices can have a positive effect on e-book sales, future research will have to show whether or not this can be generalized to other industries, including the movie and music business.

In any case, with the above in mind it’s expected that the volume of takedown notices will only increase in the near future, a trend that has been going on for several years now.