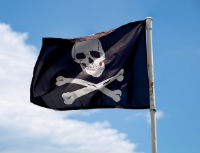 Two days ago Spanish Congress adopted one of the most far reaching anti-piracy legislations in Europe. The so-called ‘Sinde law’ is aimed at shutting down file-sharing sites, and despite massive opposition from Internet users and even people in the film industry, it is expected to be fully implemented this summer.

In the United States, where diplomats helped to draft the Spanish legislation, several copyright holders have responded with delight at the passing of the law. However, according to the RIAA and the International Intellectual Property Alliance (IIPA), this is just the first step.

In their advice to the US Trade Representative the groups have included Spain in the Priority Watch List, the highest category for countries that are considered to be ‘piracy havens’. Spain is joined by other defiant states such as Canada, Russia and China, all countries that are labeled as a major threat to the US entertainment industries.

The recommendations of the RIAA will be considered by the US Trade Representative when it prepares its annual Special 301 Report. This report is meant to identify countries that obstruct or deny proper copyright enforcement, thereby hurting the profits of US industries. Last year Canada was also included (pdf) on the priority watch list, while Spain was placed a category lower on the regular watch list.

Despite the passing of the ‘Sinde law’ the RIAA and IIPA say that Spain should be listed on the priority watch list this year. The fact that file-sharing sites have been ruled as operating within the boundaries of the law is something that needs to be addressed in particular, the pair insist.

“The sky-high Internet piracy levels in Spain can be attributed to government policies that have created an Internet-wide safe harbor for infringing activities. Spanish enforcement authorities have established the de facto decriminalization of illegal downloading of content distributed via P2P file-sharing,” they argue.

Another issue that should be resolved is the lack of ability to identify and report copyright infringers. “Spain’s laws fail to meet the minimum requirements of the EU E-Commerce Directive regarding liability for ISPs, or to establish the necessary tools to obtain the identity of the direct infringer,” the groups add.

Aside from Spain, Canada is another candidate for the 2011 priority watch list. In a statement RIAA’s Neil Turkewitz specifically mentioned Canada’s slow progress on revising their copyright law..

“The Canadian Government has inexplicably consumed yet another year without modernizing its copyright regime, leaving a legal structure in place that is not adequate to respond to present challenges,” Turkewitz said.

The claimed result is that Canada is now one of the world’s true pirate havens. In their advice to the US Trade Representative RIAA and IIPA write the following.

“Canada is home to some of the world’s most popular illegitimate Internet sites, including illegitimate P2P download and streaming sites.”

“Canada is viewed as a country in which laws to address digital piracy are weak, ineffective or non-existent, and as a result many sites dedicated to piracy or information sources about them claim that locating or operating in Canada is to their advantage because their services are legal in Canada.”

“Canada has been home to the operators or hosts of five of the world’s top ten pirate BitTorrent sites, and it continues to be a major source of online theft in Canada and around the world.”

Although the latter statistic is open to interpretation, the RIAA and IIPA urge the US Government to include Canada, Spain and 11 other countries on the priority watch list of the 2011 Special 301 Report. In a few weeks we will learn to what extent the advice of the US copyright industry has been heeded.