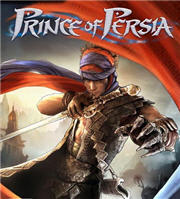 Ubisoft haven’t had much luck with DRM (Digital Rights Management) in 2008. First off it was criticized for the copy protection it embedded in its title Assassins Creed. Apparently the game tried to ‘phone home’, continually trying to access a Ubisoft server while the host PC was connected to the Internet. But the red faces didn’t stop there.

Faced with technical issues surrounding the DRM on the PC version of Rainbow Six Vegas 2, developer Ubisoft made a ‘fix’ available. Unfortunately, it became clear that far from being their own code, the patch was actually a ‘No-CD crack‘ created by warez group, Reloaded.

Getting caught pirating in an attempt fix broken anti-piracy measures was probably a step too far for Ubisoft, so it has taken the radical step of removing the DRM from the PC retail version of its latest ‘Prince of Persia‘ game.

“You`re right when you say that when people want to pirate the game they will, but DRM is there to make it as difficult as possible for pirates to make copies of our games. A lot of people complain that DRM is what forces people to pirate games but as PoP [Prince of Persia] PC has no DRM we`ll see how truthful people actually are.”

But does Chris really expect that dropping the DRM will be a success? How ‘truthful’ will people be when it comes to not pirating the title?

One user of the forum responds, “Did anyone here mention how devs blame piracy for everything these days? If the game sucks to begin with, they blame piracy. If they don’t have money or are just lazy to make a decent PC port…they blame piracy.” He finishes up with a common statement – If you make a good game, people will buy it.

“Well this time we’ve got a good game with no DRM so there really is no reason to pirate it, right? We should expect good sales because there’s no reason to not buy a copy,” notes Chris, although he doesn’t seem that confident overall.

“I’m fairly skeptical as it’s an easy answer given by a lot of people why they pirate games but if you’re going to buy this game instead of pirating purely because of no DRM in the store version, then if I ever meet you in real life I’ll happily shake your hand and buy you a drink.”

Just recently, developer 2D Boy released their ‘World of Goo’ without DRM. It was heavily pirated, but sales were high enough to make the project worthwhile. At the time, TorrentFreak spoke with Kyle Gabler from 2D Boy who told us that he believed that their customers realized that the company was trying to do “the right thing” which they hoped would translate into a certain amount of goodwill.

If the backlash linked to the terrible DRM included with Spore is anything to go by, Kyle might be on to something and time will tell if Ubisoft’s experiment pays off too. In the end, games always will be pirated, with or without DRM, and there is no reason to believe that piracy increases when there is no ‘protection’. In fact, it only annoys legitimate customers who bought the game.

TorrentFreak will count the downloads and report back in a little while…..