US Court Orders Registries to Seize Control of ‘Pirate’ Domains 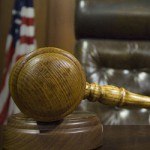 ABS-CBN is the largest media and entertainment company in the Philippines and it is extremely aggressive when it comes to protecting its intellectual property. In fact, it now targets way more ‘pirate’ sites in the United States than the MPAA.

One of the tactics employed by ABS-CBN is targeting the domains of ‘pirate’ sites. On several occasions, the TV outfit has found courts willing to step in with ex parte orders, based on allegations of copyright and trademark infringement.

The United States District Court for the Southern District of Florida is a popular venue for ABS-CBN and in April the company approached the Court again, this time with allegations against 19 streaming platforms (list below).

“Defendants’ entire Internet-based website businesses amount to nothing more than illegal operations established and operated in order to infringe the intellectual property rights of ABS-CBN and others.”

In an order granting a preliminary injunction, the Florida district court agreed that the sites present an ongoing threat to ABS-CBN’s business and it’s likely they’ll continue to deceive the public by illegally using the company’s trademarks and content without a license.

Judge Robert N.Scola Jr. restrained everyone connected to the sites from “advertising, promoting, copying, broadcasting, publicly performing, and/or distributing” any of ABS-CBN’s content and/or abusing its trademarks.

While this is fairly standard for this kind of process, it was also remarkably easy for ABS-CBN to deprive the sites of their domains.

In his order, the Judge ordered the domain registrars of the ‘pirate’ sites to transfer the domains to a holding account operated by a new registrar of ABS-CBN’s choosing, pending the outcome of the case. If they fail to do that within a single business day, the TLD (top-level domain) registries are instructed to do it for them.

While the case is underway, each domain is ordered to be re-directed away from the pirate sites and towards a new URL displaying copies of the complaint and subsequent orders.

“After the New Registrar has effected this change, the Subject Domain Names shall be placed on lock status, preventing the modification or deletion of the domains by the New Registrar or the Defendants,” the order reads.

While 19 domains are listed, any other domains “properly brought to the Court’s attention” can be seized in the same manner, the order notes.

Since the ‘pirate’ site operators are unlikely to defend the action, the domains are almost certainly out of reach already. ABS-CBN says it now wants $40m in damages, so arguing over the fate of a few domains is probably low on the operators’ agenda.

“We will continue to shut down these pirate sites to protect the public from harm,” said ABS-CBN assistant vice president and head of global anti-piracy Elisha Lawrence.

“There is only one genuine ABS-CBN internet subscription service that is safe for our fans to use and that is TFC and TFC.t.”