With dozens of millions of active users a day, uTorrent remains the leading torrent client in terms of use.

Despite its popularity, the client hasn’t introduced many significant changes in recent years. While there are plans to completely overhaul the client and make it a web browser based application, there is another change that caught our eye recently.

uTorrent’s parent company BitTorrent Inc. has quietly added a game store to its most popular piece of software.

The company is not new to the “store” concept. It previously had a movie store called the ‘Torrent Entertainment Network’ a decade ago. However, this shut down in 2008 due to a lack of success.

The new Game Store is integrated into the torrent client and offers a range of indie games, for PC, Mac, and Linux. 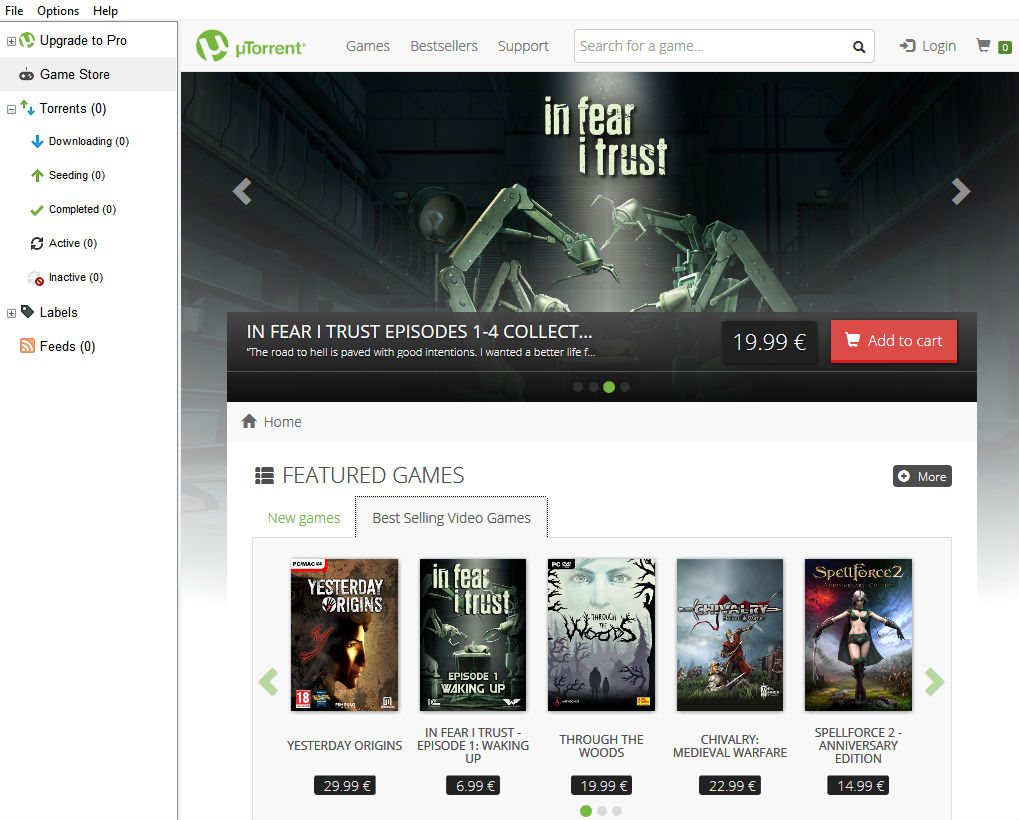 While adding a content store to uTorrent appears to be a big deal, it was introduced without any public announcements. There was no press release from BitTorrent, no blog post, not even a mention on the official Twitter account.

The only reference we’ve seen to the new ‘feature’ is a mention in the uTorrent changelog a few weeks ago. “Added Game store to the client,” is all it says.

We asked BitTorrent Inc. for a comment on the new store but unfortunately, we haven’t heard back. It almost seems as if the company doesn’t really want to get any attention for it, for some reason. And we might know why.

After buying a game through the uTorrent store, we were surprised to see that it simply referred us to the Steam platform, to activate and download our purchase. There was no option to download the game in uTorrent, which is a missed opportunity for a download client.

While we bought only one game, this likely means that the Games Store is not meant to showcase uTorrent’s excellent downloading capabilities, but a simple storefront with lots of eyeballs that refers buyers to a third-party platform.

That said, it’s interesting to see uTorrent trying to find alternative revenue models in addition to its ads. Games will likely appeal to a large chunk of uTorrent users, and the store adds value without being too obtrusive.