Twenty, thirty, even forty years ago, piracy of movies was something done relatively quietly between trusted suppliers, friends and family.

With the rise of the Internet, however, discussion of how to obtain movies without paying for them was opened up to the masses.

Sometime around 2010, the massive success of YouTube and social media tore away any remaining mystique, with a new and seemingly oblivious generation openly flaunting their piracy tools and activities.

On the one hand, this undoubtedly opened up piracy to a much wider audience, increasing uptake and fueling the rise of countless Kodi addons plus a swathe of piracy-focused apps and IPTV services. On the other, this presented a massive challenge to entertainment industry groups, one that was bound to elicit a strong response.

Having followed the illicit content market for decades, six years ago we predicted that massive mainstream access to piracy would have consequences but the seemingly unstoppable train continued nonetheless.

This included large numbers of YouTubers who used the platform to openly promote and sell their pirate IPTV services and, as the lawsuits against YouTubers now show, that didn’t go particularly well. But those aren’t the only issues with YouTube and piracy.

More than three years ago we envisioned that YouTube would eventually run out of patience with users attempting to build channels based around piracy tutorials and the promotion of pirate apps and services. Indeed, not long after, the platform began banning people operating in this niche.

More recently, YouTube made its position clear, indicating that it would no longer tolerate videos that show users “how to use apps, websites, or other information technology to gain unauthorized free access to audio content, audiovisual content, full video games, software, or streaming services that normally require payment.”

For anyone who wants to abide by YouTube’s rules, the parameters are pretty clear – don’t do the above and you’ll stay out of trouble. However, there are many channels that have effectively made a business out of promoting piracy tools and as a result, are attempting to find workarounds to carry on doing what they were doing before, without suffering the consequences.

A current case in point involves videos posted to various YouTube channels relating to the Android apps Unlinked, FileSynced and Applinked. These are new tools that stepped in to fill the vacuum left by Filelinked, which was shut down by the Alliance For Creativity and Entertainment for facilitating access to piracy apps.

After posting videos about these tools, several YouTubers reported falling foul of YouTube’s community rules as detailed above. Some argue that these tools are generic downloaders that can be used to install any software on an Android device, not specifically piracy tools. As a result, YouTube is being unreasonable by demonetizing or removing such videos, they argue.

Unfortunately, some of the YouTubers’ own videos tell a different story. To make apps easier to find, the above tools operate a code system, with specific codes relating to specific repositories. The most popular ones contain lots of piracy tools and YouTubers promote these codes in their videos as hot property.

In some cases these codes are promoted somewhat generically but it is extremely telling that, in order to show what the repositories contain, massive redaction has to take place to hide the huge lists of piracy apps so YouTube doesn’t delete or demonetize the videos. (example below) 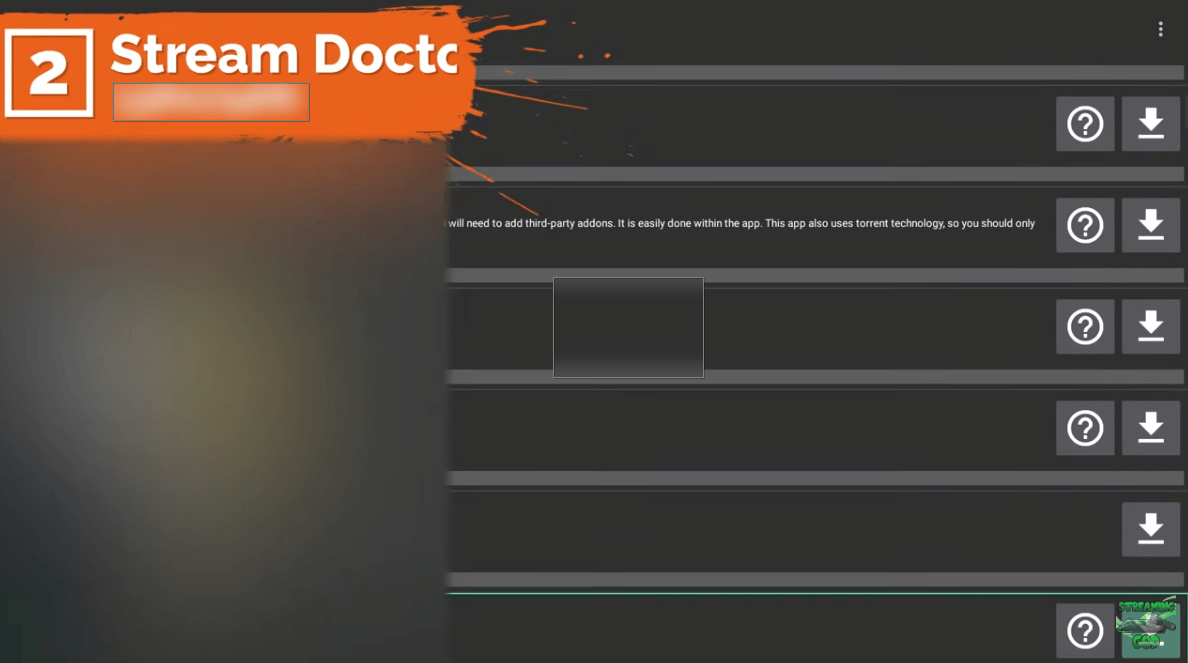 Whether one agrees with YouTube’s policies or not (and plenty don’t) it’s naive to think that YouTube doesn’t notice these attempts at circumventing its community standards. And that brings us to the key point here. This isn’t a case of what is legal or not – this is simply a case of what kind of content YouTube will put up with and what it will not.

While there will be no shortage of people ranting at YouTube for its ‘censorship’ of free speech, this is not that type of issue. At least as far as we’re aware, people who publish piracy tutorials and information on pirate apps to their own sites are able to do so, even without anti-piracy companies getting involved. Given the environment on YouTube right now, that seems the only option.

Quite apart from the fact that this action is unlikely to yield any results in the majority of cases, people need to understand that YouTube doesn’t have to justify itself in any way. In short, YouTube can do whatever the hell it likes and when YouTuber’s operate in questionable niches, they will have a considerable job trying to explain their way out of the problem.

In short, if people want to promote or instruct people in piracy, YouTube is not a long-term proposition and trying to get the platform to bend to their interpretation of the rules is futile. Make a video about Netflix, Disney+ or Amazon Prime and the video will stay up. Promote tools that help people get free access to otherwise premium content and the video is likely to encounter problems.

It’s important to acknowledge that YouTube is not any user’s website and it never has been. The rules can be changed on a whim but this specific set of rules are not difficult to understand – unless people go out of their way to misunderstand them.