Bugs, glitches and technical issues are real-life problems for all web-based operations. As a result, most websites are vulnerable to downtime, whether that’s for a few minutes or a few hours.

In the file-sharing space the phenomenon is very common indeed as these entities, torrent and ‘cyberlockers’ in particular, often face unique challenges. These special issues can often lead to unexpected downtime, although with the advent of social media many sites have improved their communications with users.

That being said, tens of thousands of Firedrive users currently have no idea what has happened to their site.

Firedrive, which was previously known as Putlocker before a rebranding exercise earlier this year, started behaving strangely last week. User reports to TorrentFreak initially complained that the site was simply down, but a couple of days later, with no official announcement forthcoming, things took a turn for the strange.

It’s well known that Firedrive is used by some to host unauthorized copies of movies. It’s unclear just how many but thousands of sites around the world carry links to Firedrive that allow the viewing of mainstream movies with nothing more than a web browser. However, users trying to access those links are currently facing disappointment.

Since before the weekend, many (perhaps all) video files on Firedrive have been replaced with 13-15 second intros used by the major movie studios. TF tested a few random links we found using Google and found intros from Sony, Warner, Universal and Dreamworks, instead of the movies that claimed to be there. 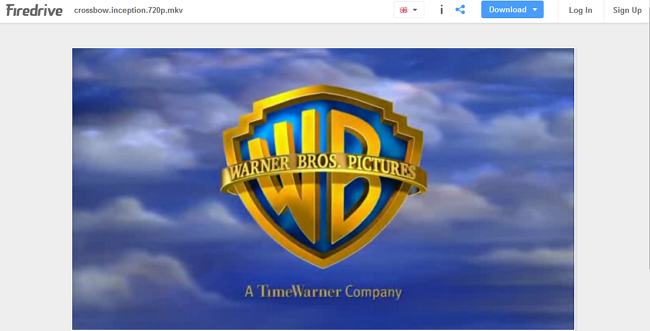 TVAddons, the XBMC-focused community previously known as XBMCHub, told TorrentFreak that the issues at Firedrive and sister-site Sockshare (which is also currently non-functional) have broken some of their XBMC/Kodi addons. However, even greater concern lies with those who use Firedrive as a personal storage site.

In recent months following the Putlocker transition, Firedrive has been debuting tools and features which give the site an appeal to users looking for Dropbox-style functionality. And this is where things get even more strange. After a short beta period, on October 1 Firedrive issued a press release heralding the official debut of their iOS and Android syncing apps.

“We are looking forward to our users exploring the new applications and finding value in sharing and backing up their rich media using Firedrive,” said Joseph Turner, CEO of Firedrive.

However, users searching for the apps on either the App Store or Google Play are now met with silence. ITunes reports that the app is only available in Canada yet switching to that location reveals that it has been removed. Searches on Google Play for the Android versions yields nil results.

Ever since their press release Firedrive simply hasn’t been working and the only posts on Firedrive’s Facebook page are from angry users complaining about everything from lost files to hackers having taken over the site.

“All I can say is thank god I didn’t pay for this bullshit and to think was just about to go pro and pay,” wrote one. “Never happening now even if it does come back with my files intact, which I doubt will happen! Anyone into a class action suit, I have 100s of hours of work lost could only imagine what paying customers might have lost!”

TorrentFreak reached out to the site for comment but we have yet to receive any response. If anyone has any additional information, feel free to contact us.